Blog > Archive > The ever-changing ecosystems of the Great Lakes

The next blog entry for the Wisconsin Sea Grant’s 50th anniversary celebration focuses on Titus Seilheimer, fisheries specialist. Seilheimer and I chatted about the ways in which his specialty has changed over the years and how he hopes to see it progress. 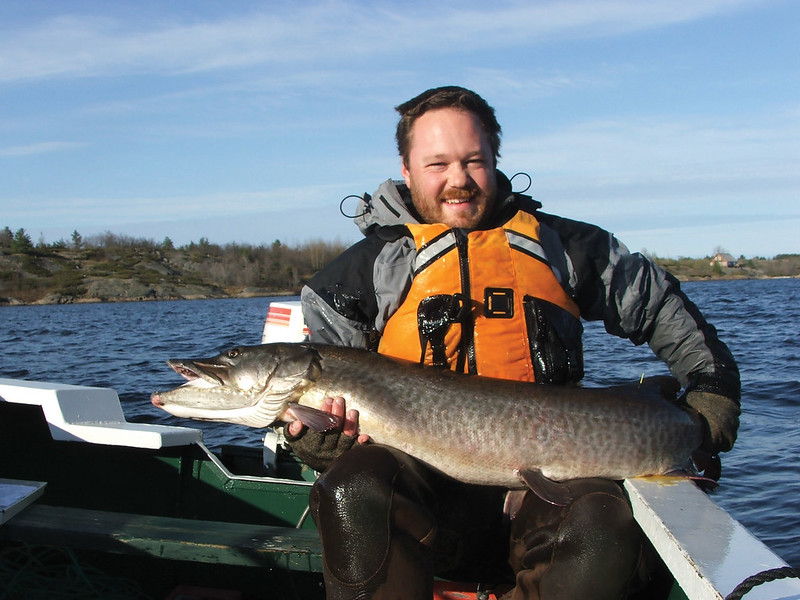 Though Seilheimer is based in Manitowoc, his work extends from Lake Superior to Lake Michigan, covering about 1,000 miles of coastline. “I look at fisheries in terms of the whole Great Lakes ecosystem,” Seilheimer said. His position requires interacting with many different people and understanding the changing ecology of the lakes. These practices are necessary because his work sometimes covers much more than commercial and recreational fishing.

The field of fishing has certainly not been stagnant for the past 50 years. “Being in Wisconsin, we have two really interesting lakes and stories to look at,” said Seilheimer. “Of all the five Great Lakes, Lake Superior is by far the most natural in terms of food webs and water quality. In contrast, Lake Michigan 50 years ago is a totally different lake than the lake we have now.”

Fifty years ago, the Clean Water Act (1972) had yet to be passed, meaning there were far fewer policies in place to maintain healthy water quality and monitor pollution. There were large amounts of nutrient loading and unbalanced food webs. For example, midtwentieth century Lake Michigan contained no lake trout, few planktivores and high numbers of non-native alewives.

However, as time went by, improvements were made to the lakes. “We see the successful control of various invasive species, benefiting the fish in Lake Michigan,” said Seilheimer.

Today, we observe Lake Michigan with clear water due to the decline of nutrient loading as well as changes in zebra and quagga mussel populations that have “totally changed the ecology of the lake.”

“People have gotten a lot better at addressing invasive species pathways,” said Seilheimer. He noted that education about ways to prevent the spread of non-native species and policy changes are paying off.

Seilheimer continued to touch on all the good that has been achieved, like the management of nutrients and the cleanup of PCBs, but also stated there will always be something new to address, like the rise of PFAS/PFOS in our water sources. As we further invest in prevention, we are constantly gathering new scientific data to learn more about the changing lakes.

“I think where we’re at with all the Great Lakes is that it’s not necessarily about what we want out of the lakes, it’s what the lakes can support.”

Looking into the next 50 years, Seilheimer speculates that changing climate combined with invasive species and management are going to further change the lakes. In response to this prediction and in the spirit of looking forward to a brighter future, Seilheimer said, “One of the things we advocate for is science-based decision making and ecosystem-based management, and I believe that that’s going to be increasingly important to better manage our resources.”