The November River Talks featured Samuel Geer, president of Urban Ecosystems, presenting, “Revealing the Invisible: Experiencing and Interpreting the St. Louis River Along Waabizheshikana (The Marten Trail).” Through his landscape architecture practice, Geer was the lead designer of the interpretive plan for the trail, which was formerly known as the Western Waterfront Trail in Duluth, Minnesota.

The trail was renamed during the previous year to better reflect the history of the area and because plans were in place by the city of Duluth to change and lengthen the trail. Although currently over 3 miles, once completed, the trail will stretch from the community of Fond du Lac neighborhood at the western end to near Indian Point and Kingsbury Bay, over 10 miles to the north. Geer shared the process his team began in 2020 to gain public input about ways to celebrate the people, animals, plants and landscapes along the St. Louis River waterfront. 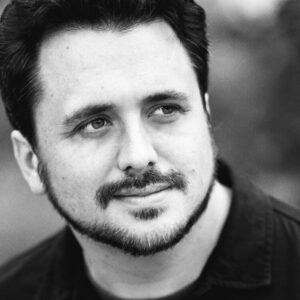 “One of the stated goals of the process was to incorporate Native American languages and worldviews into the plan and the whole process,” Geer said. “This spot – the estuary – is just crawling with life and has an abundance of natural beauty and character that really makes people want to spend time there. The trail plan preserves the activities of the Lake Superior and Mississippi Railroad that’s currently there, plus provides opportunities for cyclists and pedestrians to explore the waterfront.”

Geer said the trail interpretive elements celebrate Duluth’s industrial history but also acknowledges the damage that industry has had on the environment. He described their interpretive approach like this, “In order for people to appreciate this place, they need to be able to access it and get down to the waterfront regardless of age or ability to explore the place and be comfortable in the process of doing it. Ultimately, the goal is to have people develop a sense of connection and caring toward this landscape and an appreciation for how diverse and multilayered it is.”

The team chose natural colors for their color palette. Signage will take the form of freestanding signs and “story poles,” 10-foot-tall metal rectangles that honor the iron ore and steelmaking legacy of the area. They will contain interpretive panels that feature Ojibwe words and laser-cut stainless-steel animal sculptures. Eight segments of the trail will each be “branded” with different animals visitors could encounter along that stretch. They will also feature portrayals of the various ways people have made a living from the estuary, be it wild ricing or a lumber mill. Cairns made from local rock material will mark trail spurs.

Geer said they emphasized including diverse and often overlooked perspectives into the interpretive plan, such as women’s and African American stories.

“You know, Jay Cooke paid for a railroad and only came here one time, yet he has a state park named after him,” Geer said. “There were many people who spent their entire lives in this area who offered up a lot more meaningful things in terms of their personal contributions and life experiences. If you’re not oriented to these types of things, they’re invisible but if you can open up a view into some intimate aspect of the history of the place or someone who lived there, I think it creates a powerful connection to the place in a way you don’t get from a big elaborate installation.”

The plan is not on-the-ground yet. It’s being included in a grant proposal to the state of Minnesota, which will request money to pay for interpretation and construction.

The River Talks are sponsored by the Lake Superior National Estuarine Research Reserve and the Wisconsin Sea Grant Program.