Podcasts > Introduced > The snail next door

The snail next door

Even the smallest introduced snails can mean big changes for the region’s lakes and streams. Our first snail story today comes from the Fond du Lac Band of Lake Superior Chippewa. Kelsey Taylor, aquatic invasive species coordinator, has spent many summer days waist-deep in water, plucking Chinese mystery snails off lakebeds. Kelsey is concerned that the introduced snail could affect wild rice, which is a very important food source, economic resource and culturally important being to the Ojibwe people.

Nick and Ellen Voss both spend a lot of time in the Driftless Region’s renowned trout streams – Nick as a flyfishing guide and Ellen as an aquatic invasive species program director. They know first-hand the importance of protecting the local rivers and streams from invasive species. Nick and Ellen only have to look a few watersheds east to imagine what a snail introduction could look like.

The New Zealand mudsnail can spread quickly and quietly because of its miniscule size. Bobbi Peckarsky, freshwater ecologist, has lived along the Black Earth Creek for over a decade. Bobbi and the Wisconsin Department of Natural Resource’s Maureen Ferry tell us about how New Zealand mudsnails were discovered in Black Earth Creek and what we can learn from this troublesome invasion. 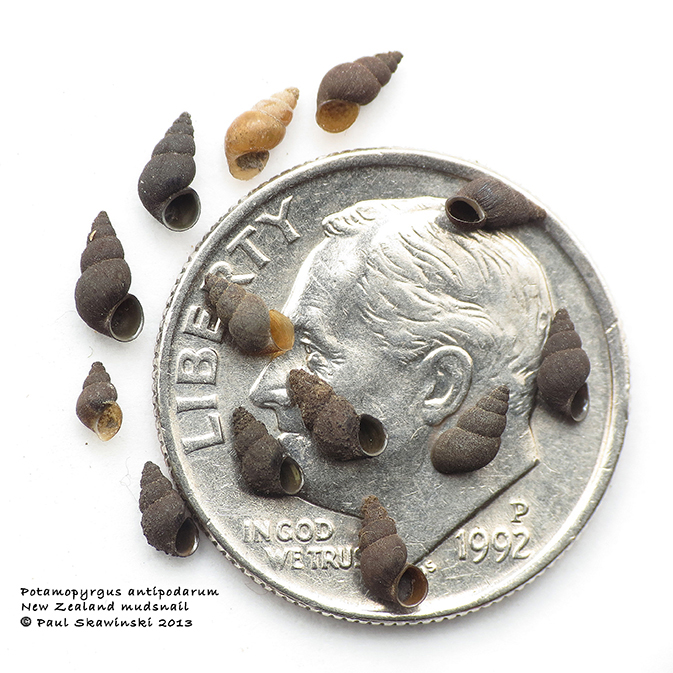 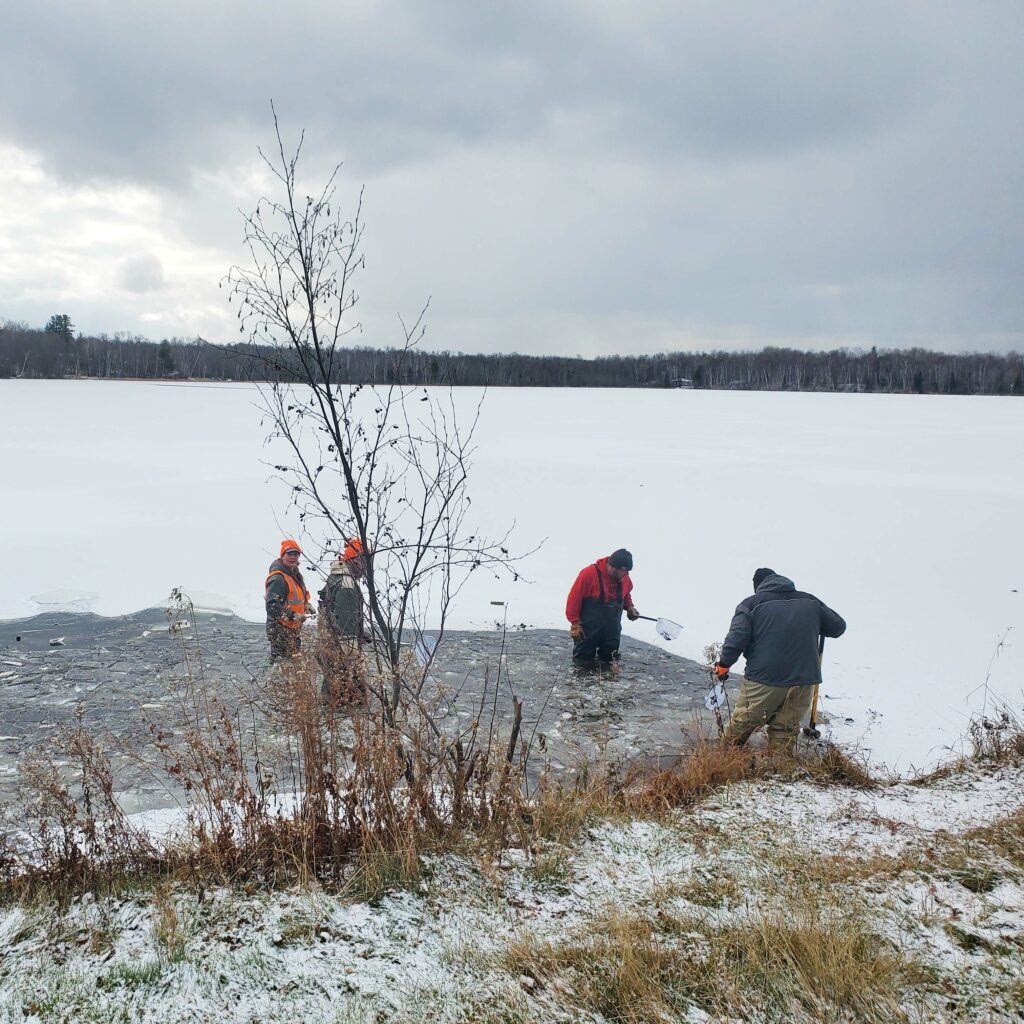 Here, a crew at the Fond du Lac Band of Lake Superior Chippewa break ice to look for the Chinese mystery snail. The crew is trying to get an idea of where the snails live in the cold months of winter. Photo: Kelsey Taylor.