Blog > June Breneman, Natural Resources Research Institute, Water Bar > Welcome to the Water Bar. Water is all we have. 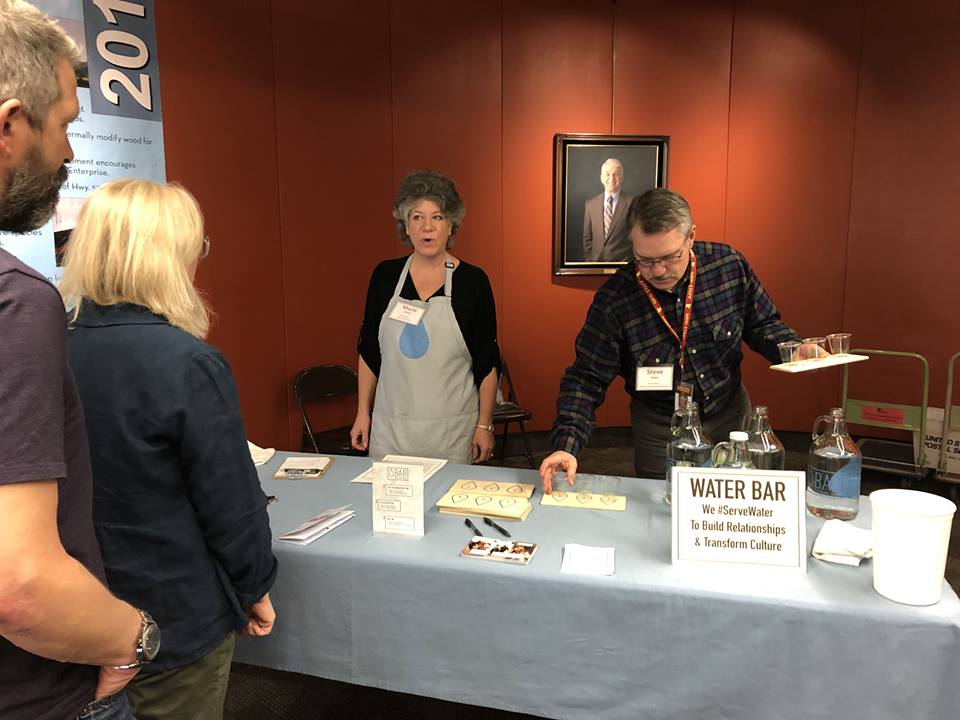 Last week, I had the chance to watertend. What’s that? It’s like being a bartender, but without the alcohol.

I learned my new trade at an open house hosted by the Natural Resources Research Institute (NRRI) in Duluth, Minnesota. The “Tapping into Science” event was the brainchild of June Breneman, a friend of mine and fellow science communicator, with the intent of celebrating the importance of clean water by offering the public a chance to taste regional water at a Water Bar and local craft beer brewed with Lake Superior water. It’s also an opportunity to put water professionals and educators in contact with the public in an approachable setting.

Unlike a real bartender, my preparation was minimal. All I needed to do was read a one-pager on how to tend water and watch a short video. Plus, I had help. I worked with fellow watertender Steve Berger, who serves as chief of staff for NRRI.

Like a real bar, the atmosphere is intentionally casual, with convivial and open-ended interactions. As the one-pager says, there’s no wrong or right way to do it, so that takes the pressure off right away!

We wore aprons with big blue water drops on them and served the water in compostable plastic cups on a flight board featuring three circles with numbers for the different types of water.

I arrived thirsty, so before the event began, I did my own tasting. #1 had a chemical tang to it with a hint of algae. #2 didn’t taste like anything to me, probably because I live in Duluth and am so used to it. #3 tasted much like #2. I found it interesting how many subtle differences I could taste between the Minneapolis water and the other samples when drinking them sequentially.

Most of our patrons at the water bar wanted to guess which samples came from which locations. It was interesting to see their different interpretations of the tastes. The experience sparked many discussions about the kind of drinking water people grew up with and the sources of the drinking water they now use.

Many of them also ended up asking me where I work and how I am connected to water resources. Of course, I told them about Wisconsin Sea Grant.

After finishing their flights, patrons walked down the hallway to visit water research displays and to sample beer from three local breweries.

This is a unique way to encourage thought and discussion about water. If you work for a water organization, keep this in mind as a public outreach method. The Water Bar and Public Studio provided materials for the bar. It’s a nonprofit arts organization connected to the Freshwater Society in Minnesota. According to Breneman, the amount organizations pay for the bar materials is negotiable.

Now I have a new skill to list on my resume. 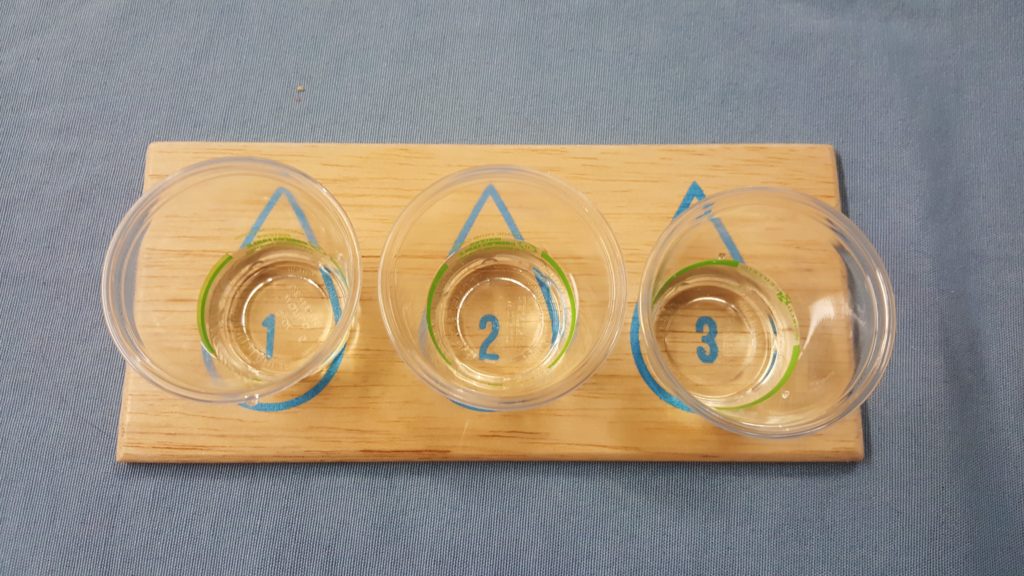 A flight of water.