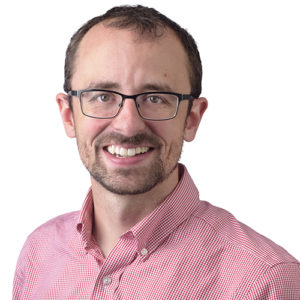 Sea Grant’s Adam Bechle, a coastal engineer, is a go-to resource for resiliency issues along Wisconsin’s Great Lakes coastlines. He tackles a timely topic with his five things to know about Great Lakes water levels. The volume of water in the Great Lakes basin is always fluctuating, and, for now, water levels are high.

Which lakes have broken water-level records?

In the spring, the U.S. Army Corps of Engineers forecasted that Lake Superior and Lake Erie might surpass their all-time record high levels during the summer months. Amazingly, Lake Ontario had risen 2 feet from April to May. Records fell for all three lakes. Lakes Michigan and Huron—measured as a single lake because they are connected at the Straits of Mackinac—did not exceed the record water levels of their last high point of 582 feet in 1986, but did come within an inch of per-month records for June.

Why are lake levels rising?

How do high lake levels affect the coast?

High water levels allow erosive waves to reach higher elevations on the shore where they batter shoreline infrastructure and eat away at the base of bluffs and dunes. High water levels can also make coastal flooding in low-lying coastal areas more likely. In ports and harbors, high water can cause operational and safety issues if a large elevation difference exists between vessel and dockage.

Where are water levels headed?

A slight decrease in water levels is expected throughout the fall and winter as precipitation and runoff into the lakes typically decrease and evaporation from the lakes increases. In an average year, water levels vary seasonally by about one foot from a peak in summer to a low in winter, though every year is different. Water levels would be expected to begin a seasonal rise again next spring when runoff and precipitation increase.

Six-month water level forecasts from the U.S. Army Corps of Engineers project Lake Michigan to remain above the long-term average levels in the near future. These six-month forecasts are compiled considering estimates for future precipitation and runoff into the lake, evaporation from the lake and outflows from the lake.

Where can I go for more information?

go.wisc.edu/c63mow from the University of Michigan provides background on what makes the lakes go up and down.

go.wisc.edu/qs99kb has links to many resources on dealing with issues related to water level fluctuations. It’s a page maintained by the project team working on a NOAA Coastal Resilience grant, which includes Sea Grant.