Some might call this division a jumbled group of mid-majors, but we here at Spring Thaw Throwdown headquarters don’t agree. They might not be plants or animals, and they might not be solely aquatic. However, every competitor in this division has the ability to put the hurt on an aquatic ecosystem and is unwanted in many regards. It’s tough to say who might come out of this division and earn a spot in the Final Four most unwanted. Will fish division fans tune in to see where their least favorite viruses end up? Or will macrophyte and plant division fans cheer their unwanted plants on to victory? 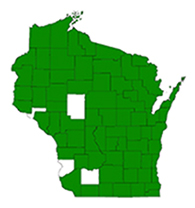 Phragmites has dominated competitions on lake shores, river banks, and along the sides of roads throughout eastern Wisconsin. An impressive competitor to watch, this species has not been held back by any weather conditions. Fans of its opponents have tried to cut it, burn it, or graze it out of the court but were met with little success. Phragmites is able to expand its reach by sending seeds through root fragments, above ground runners, and even the wind. 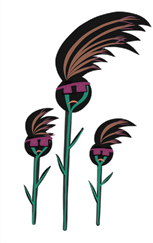 You can identify this amazingly tolerant species by looking for narrow blue-green leaves that are clasped at the stem of their 7-15 foot stalks. Native phragmites, on the other hand, has reddish brown leaves with shiny black spots. In some Wisconsin counties, this species is considered prohibited, while in others, it’s restricted. There’s consensus, however, that invasive Phragmites is undesirable; it’s really good at crowding out native vegetation and degrading habitat for wildlife.

To get rid of phragmites, some have had success by using herbicide, but the best way to prevent its spread is to be conscious of seed fragments hitching a ride on fishing, hunting or other outdoor equipment. Another thing that might be standing in the way of a phragmites victory is the Great Lakes Phragmites Collaborative. Invasive species managers and land managers from across the Great Lakes have banded together to attempt to prevent its spread and control it. These successful efforts may be making phragmites less feared than it had been in the past. 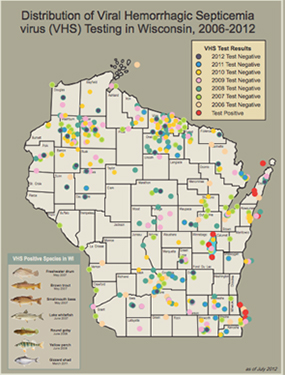 Up next is the formidable Viral Hemorrhagic Septicemia. Nicknamed in tournament forums as “fish killer,” VHS is a virus that affects more than 25 fish species in Wisconsin. 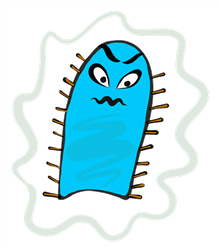 Maybe you’re wondering: is this even an invasive species? Commentators like us say, YES! VHS is non-native to the Great Lakes and has potential to spread through waterbodies. It came here all the way from freshwaters of Europe where it devastated trout farms. It’s been in the US for about 30 years and in the Great Lakes since 2005. It spreads through fluids in fish and can live in the water for at least 14 days.

You may not be able to see the virus itself, but its effects are certainly visible. Some signs that a fish might be affected by VHS include the following: bulging eyes, unusual behavior, hemorrhaging, bloated abdomens, and rapid onset of death. Luckily, the virus has never been associated with human illness, even if you eat your affected catch.

So far, test results show that VHS has only had invasion wins in the Lake Winnebago system, Lake Superior, Lake Michigan, and Green Bay. If VHS stays limited to those bodies of water, this may be its only appearance in the tournament! Anglers and waterbody users can do their part prevent the spread of VHS by draining all water from vehicles and equipment when leaving a waterbody. Additionally, don’t transport any live fish or fish eggs and only use bait from licensed bait dealers in Wisconsin.

A relatively new virus to arrive in Wisconsin, koi herpes virus affects common carp and ornamental fish, like koi. While in the same league as VHS, koi herpes virus is still trying to prove itself. Here’s what we know about this virus: it harms fish by suppressing their immune systems, leaving them vulnerable to other infections. Therefore, koi herpes virus in tandem with another infection or virus could be a deadly duo, resulting in fish die-offs in affected waterbodies. Fortunately, the virus is not known to be pathogenic in humans or pets. There is no treatment, however, for infected fish.

This sneaky virus can be transported by carp without showing any symptoms. It thrives in warm water (between 71-79 degrees). Fish die-offs and accumulation of dead fish can prevent recreational water activity and reduce aesthetic value of a waterbody. Make sure to take precautions not to spread any water or fish among different waterbodies to prevent the spread of this virus. You can also help by reporting dying or dead carp to track the spread of the invasion. Koi herpes virus’s similarities to VHS secured it a spot in the tournament this time, but their future participation will hinge on their success here and in the waters of Wisconsin. 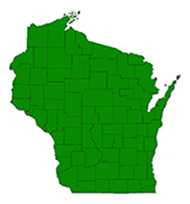 This next team has been competing in North America since the 1800s. Purple loosestrife was brought to Wisconsin because of its pretty purple flowers to be a garden accessory. You’d be able to spot it by its dark purple flowers that have 5-6 petals each surrounding a yellow center. Purple loosestrife may have some similarities to others in this category, like phragmites, but its physical characteristics still make it a fantastic competitor. For example, this plant is hardy, perennial, and can grow up to 7 feet tall!

Although this plant is pretty, it can crowd out native vegetation. For the sake of your garden’s diversity, make sure you’re not buying seed mixtures that may contain Purple loosestrife. Controlling what enters your garden, wetland, or farmland is the best way to prevent the spread of Purple loosestrife. AIS staff and partners have been working to prevent its spread by documenting new invasions and engaging in biocontrol projects to decrease its presence in the state. This species could go a long way with its strong track record for establishing presence in the state and its impressive potential to spread.