The November River Talk featured Dustin Haines, research coordinator for the Lake Superior National Estuarine Research Reserve. His Zoom talk held in cooperation with Café Scientifique Twin Ports, was titled, ““Should I Stay or Should I Go? The Clash of Wetlands With Lake Levels, Invasives and Humans.” 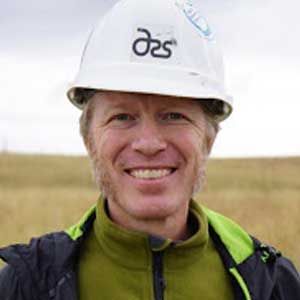 Haines described research conducted on a special site on the St. Louis River Estuary. This sentinel site on the Pokegama River, which flows into the estuary, serves as a long-term location to help researchers understand the impacts of water level fluctuations on coastal communities. “It is a sentinel of present, past and future change,” Haines said. Vegetation, weather and water quality data are collected on these sites on the Reserve and in other estuarine research reserves across the country.

From historical aerial images and Lake Superior water level data from 1938 to 2018, Reserve researchers found that, “When water levels are low, we have high amounts of emergent vegetation. And when the water level goes up, those emergent plant communities decline . . . It’s fairly clear that these emergent plant communities are correlated with these changing water levels. Biologists who study wetlands already know this, but it’s interesting to see it in this much-longer-term data set,” Haines said. Emergent plants are those with roots in the water and their tips out of the water. They form wetlands, which provide vital wildlife habitat and are a hallmark of a healthy estuary.

Then Haines turned to more recent data. During 2014-2017 and in 2020, Haines and other Reserve researchers established plots to record the types of plants found in them (emergent, submerged and floating). They also recorded water depths at the plots.

What does that mean for the health of the overall plant community in terms of diversity? The communities are changed by water level changes, but the number of species is fairly stable. The types of them just change.

“The number of species is not changing with respect to long-term changes in depth,” Haines said. “That indicates that while these communities are changing with emergent/submergent plant types, the species diversity is not drastically reduced.”

Invasive plants can outcompete native plants and can harm wetland health. Nonnative cattails and purple loosestrife are the most common alien plants found at the sentinel site. Haines did not find a correlation between the cover of invasive plants and the native plant cover on the site. “But it’s still something to pay attention to,” Haines said. “Cattails can really take over an area. They grow in monoculture, largely to the exclusion of native plants. That can be a problem.”

“This huge loss of wetland habitat from 200 years ago to now from human activities, indicates we do really need to focus on restoration efforts in the estuary to regain these neat habitats that we’ve lost over time. There’s a lot being done now, but we need to do more. Additionally, water levels are driving the system. Whatever’s happening to Lake Superior is happening to the estuary. That changes quickly, but the plant response is really quick to change, too. Restoration efforts need to take these dynamics into account,” Haines said.

If people would like to help efforts of the Reserve in the estuary, they can get involved in the Friends of the Lake Superior Reserve. There are sometimes opportunities to participate in field work with the researchers.

A video of Haines’s talk is available on YouTube here. The next River Talk will be held in January (we skip December due to the holidays). Coastal wetlands will be the topic on January 13.