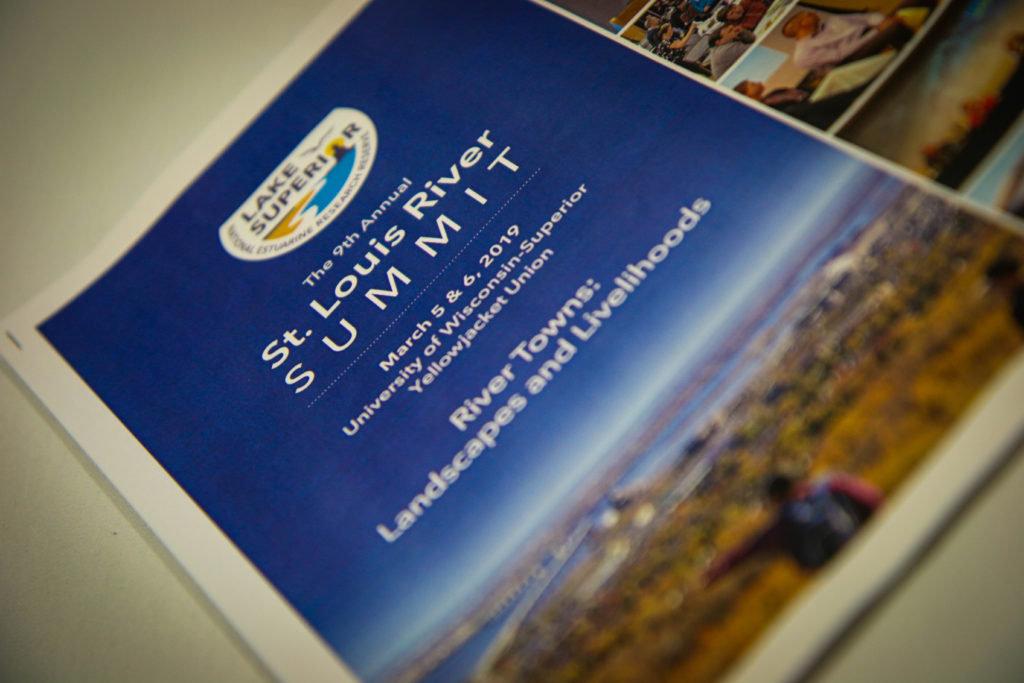 Image by University of Wisconsin-Superior

The St. Louis River Summit was held last week at the University of Wisconsin-Superior. This year’s theme was “River Towns: Landscapes and Livelihoods.”

One of the first speakers was Superior Mayor Jim Paine, who challenged Summit participants to be storytellers during the next year. He said that telling stories is the best way to form connections between people and the St. Louis River.

I’ve attended every Summit except for one. I learn something new every time. Here’s my trove from this year’s event. 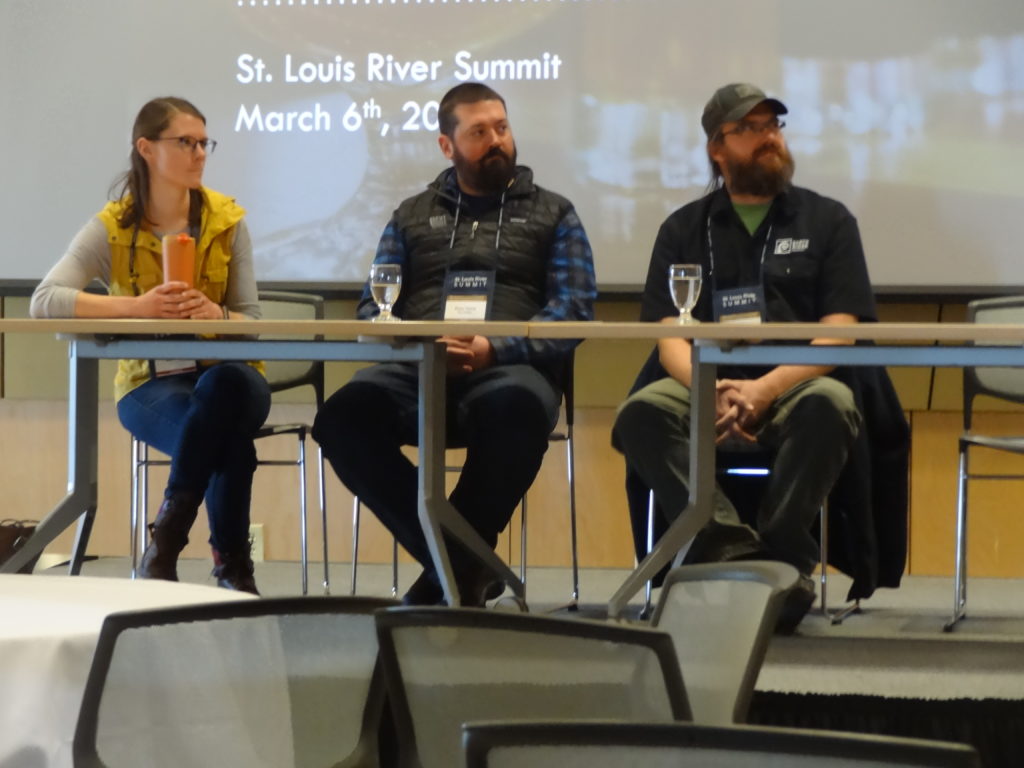 The conference ended with a keynote panel of brewers from Minnesota, Wisconsin and Michigan who shared why clean fresh water is important for their businesses and what practices they put in place to protect the environment.

Earth Rider Brewery in Superior bubbles carbon dioxide through their wastewater tank to increase the water’s pH before they release it into the sewers.

Bent Paddle Brewery in Duluth centrifuges their beer to remove solids instead of filtering it, which reduces their water use per gallon of beer by about a gallon. (It takes about seven gallons of water to make one gallon of beer.)

Bell’s Brewery in Kalamazoo automated all of their foam sprayers and saved millions of gallons of water each year (versus having the water spray continuously). They also have a café where they compost leftover food, plus they use compostable plates and straws.

The panel closed out the conference with some top-secret advice for home brewers: “If you have happy yeast and clean equipment, you’ll get good beer!”

Who knew you can learn beer advice at a science conference? Just imagine what next year’s Summit might hold!