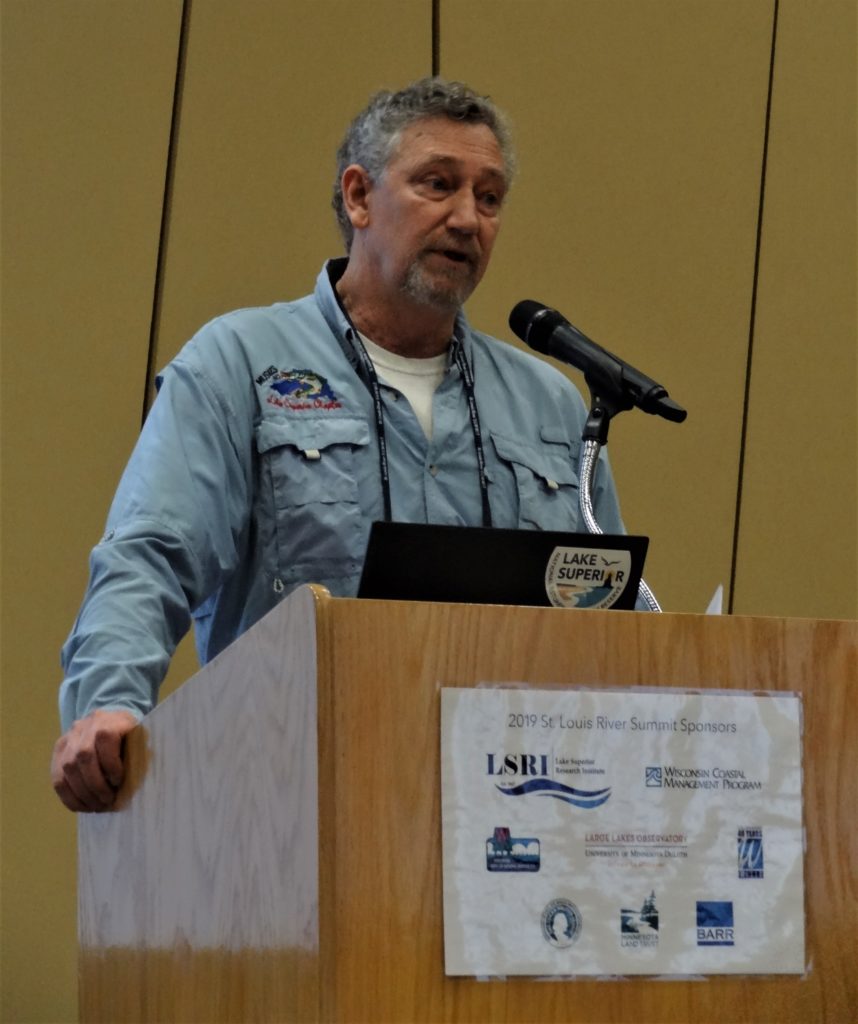 By: Martyann Birman, University of Wisconsin-Superior

The March River Talk kicked off at the University of Wisconsin-Superior in conjunction with the ninth annual St. Louis River Summit. Keith Okeson, past-president of the Lake Superior Chapter of Muskies Inc., was the evening’s guest speaker.

Much of Okeson’s talk centered around efforts by both the Minnesota and Wisconsin departments of natural resources (DNRs), and their efforts to restock and assess muskie in the St. Louis River Estuary. Okeson, along with members of Muskies Inc. and the community, have put forth a driving effort in helping the DNRs collect samples, restock fingerlings, donate supplies and more.

The need for the help is palpable, as the fragile environment of the estuary is still in flux. As Okeson put it, “You need to go back to the turn of the century, we were a nation that was full speed ahead. Few people were thinking about the future, and industry was king… it had its way with the fragile ecosystem of the estuary.”

After many years of abuse, things finally turned around in 1980. The DNR assessed that they would be able to begin restocking muskie into the river.

“Over the course of the years following, over 100,000 muskies have been restocked into the river, at a cost of over $1.5 million,” Okeson said.

For the past 14 years, the DNRs have paused muskie restocking to observe if the river has become a self-sustaining fishery. After observing the fish and the environment of the both the river and estuary, they found that the fish were indeed reproducing naturally. However, numbers of the fish aren’t as high as they’d like to see.

In an effort to maintain the world-class fishery status of the St. Louis River, both the Wisconsin and Minnesota DNRs will be implementing a new restocking plan to begin fall this year. The plan is to deposit 2,500 muskie into the river, with each department stocking 1,250 fingerlings each. The plan will take place over the course of the next eight years, with restocking done every other year.

Muskies Inc. prides themselves on being the most “conservation-conscious” anglers, and they certainly do put their money where their mouth is.

“Over the past five years, Muskies Inc. has spent over $20,000 to help the local DNR and the fishery,” Okeson said. A large part of that is going toward the purchase of PIT (Passive Integrated Transponder) tag readers, fish-holding pens, muskie trap nets and lights. 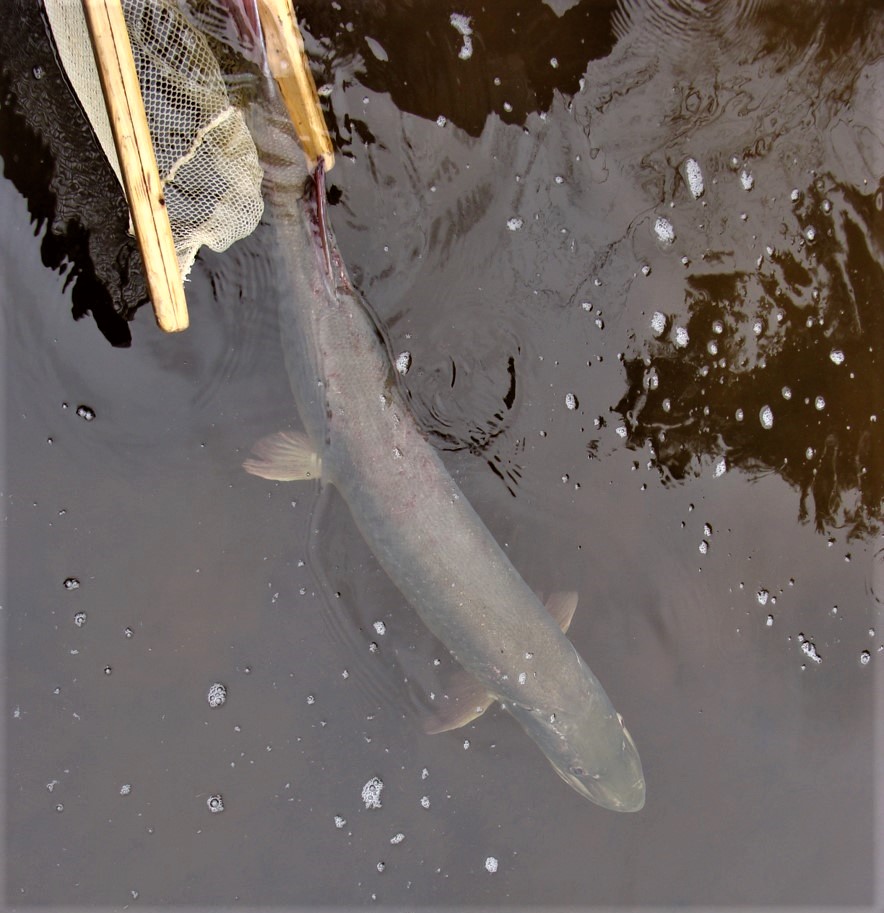 A 52-inch muskie emerges from a net into the St. Louis River. Image by Keith Okeson

They have no problem showing their support for both the Wisconsin and Minnesota departments of natural resources, and are committed to enlisting others to do the same. Community outreach is a huge part of making sure people can enjoy the St. Louis River and all of the great fishing it has to offer for years to come.

River Talks is an informal monthly series about the St. Louis River Estuary held at the Lake Superior Estuarium on Barker’s Island in Superior, Wisconsin, hosted by the Lake Superior National Estuarine Research Reserve and the Minnesota and Wisconsin Sea Grant programs.

The next River Talk will be at 7 p.m. on April 10, and will focus on soil health.