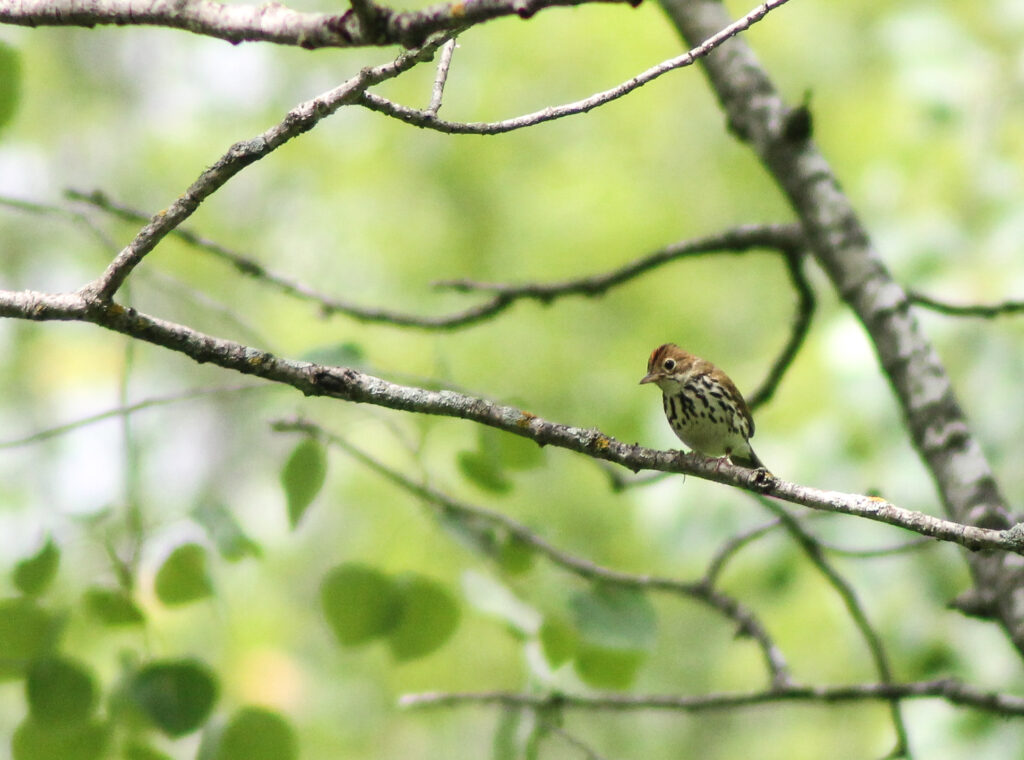 On April 13, River Talks featured Alexis Grinde from the University of Minnesota Duluth’s Natural Resources Research Institute and Cole Wilson from the University of Wisconsin-Madison. Together, they presented “Black Ash and Birds: Conserving Critical Habitat in the St. Louis River Estuary.” This River Talk gave an in-depth look into the duo’s research and conservation efforts.

Grinde spoke first, highlighting her particular interest in black ash, a tree species abundant in Minnesota, and the organisms that interact with black ash. “At a global scale, we are in the midst of massive losses of biodiversity,” said Grinde. She explained that as we lose biodiversity in different ecosystems, those ecosystems begin to function differently, which in turn causes their resilience to decrease.

Grinde warned of a bleak future for black ash trees. She noted that since 2002, the emerald ash borer has spread across North America and wiped out the majority of black ash trees. A method of minimizing this issue is to enact quarantines that prohibit the movement of trees or firewood into an area that is home to these trees. This would hopefully reduce the spread of invasive species like the emerald ash borer but has not been very successful thus far.

In Minnesota, where there are nearly 1 million acres of black ash forests, this issue is especially relevant. While emerald ash borers were first found in southern Minnesota, they are migrating north where the majority of the black ash forests are located. This could result in extreme consequences since black ash is a foundational species. This means it regulates ecosystem processes and isn’t easily replaced.

While the black ash population has a multitude of effects on neighboring species in its ecosystem, Wilson decided to delve into the impacts on breeding birds in the St. Louis River Estuary. Wilson focused on both species richness and abundance of birds in black ash forests, planning to use his data to determine the best mode of land management for the future.

“What we know is that the black ash are inevitably going to die off,” Wilson said, “What can we take from these studies to apply to future management and restoration efforts?”

The results from the study asserted there is a positive correlation between the abundance of black ash trees in a given area and the total number of bird species observed. “Black ash are these really important species ecologically and they provide habitat for a wide range of birds,” said Wilson.

Looking forward, Wilson emphasized the importance of recognizing invasive species as a threat to black ash, as well as finding a new species suitable to replace them when they inevitably die out. However, black ash trees are not just important to ecosystem function, but also to Indigenous culture.

“It’s important that we include Indigenous knowledge into choosing a replacement species,” Wilson said. He mentioned that black ash trees have been a part of Ojibwe culture for many years.

All in all, supporting black ash communities and conductivity are essential for proper ecosystem function. Determining a viable replacement species for black ash is imperative for a variety of people and wildlife, and both Alexis Grinde and Cole Wilson’s work will help achieve these goals.

To watch a video of this presentation, visit the Lake Superior Estuarine Research Reserve’s YouTube site. The final River Talk of the season will feature a celebration of Wisconsin Sea Grant’s 50th anniversary and will be held May 11. For more information, visit the River Talks page: go.wisc.edu/4uz720.