Podcasts > Introduced > The ones that live in your house

The ones that live in your house

While on a field trip, a UW-Madison class discovers a “mystery fish” in a local stream. Ben Martin and Rob Mooney eventually identify it as a feral goldfish – one that had lost its color in the wild. While many people release their pet goldfish with good intentions, if the goldfish survives outdoors, it can compete with native fish for food and become invasive.

Goldfish are not the only pet that people release. Jamie Kozloski, owner of Kingdom Animalia Exotic Animal Rescue, gets frequent calls about surrendered pets that need her care. For example, red eared slider turtles are so often surrendered or illegally released that Jamie and the other animal rescues in Wisconsin can’t keep up. Jamie tells us what inspires people to buy these exotic pets, and what motivates them to bail.

Jamie and Wisconsin Sea Grant often work with Habitattitude, which holds pet surrender events. Organizations like Habitattitude promote responsible pet ownership and keep our pets from causing problems in our lands and waters. 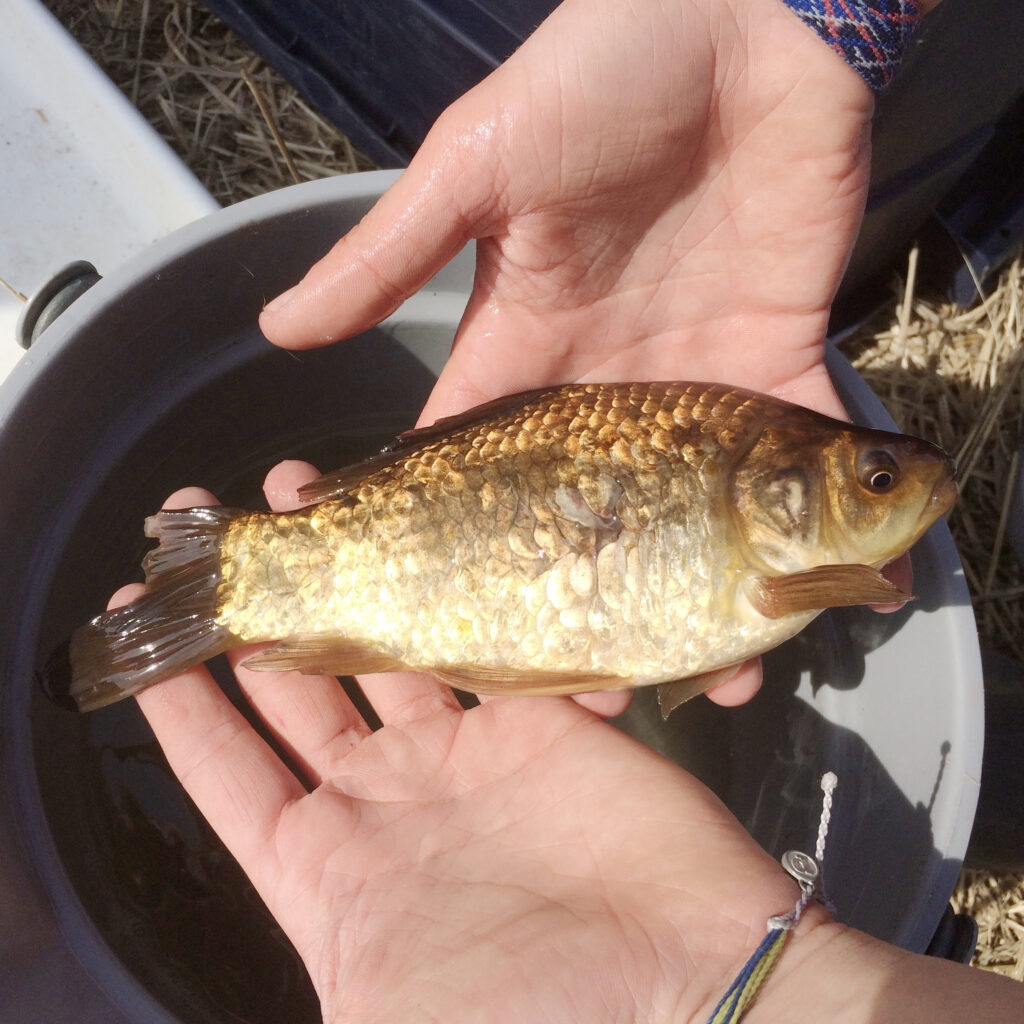 “Doing a fish survey feels like opening up baseball cards – you never know exactly what you’ll find, which is why it is fun,” says Ben Martin, who helped identify this feral goldfish in Badger Mill Creek. Photo: Ben Martin. 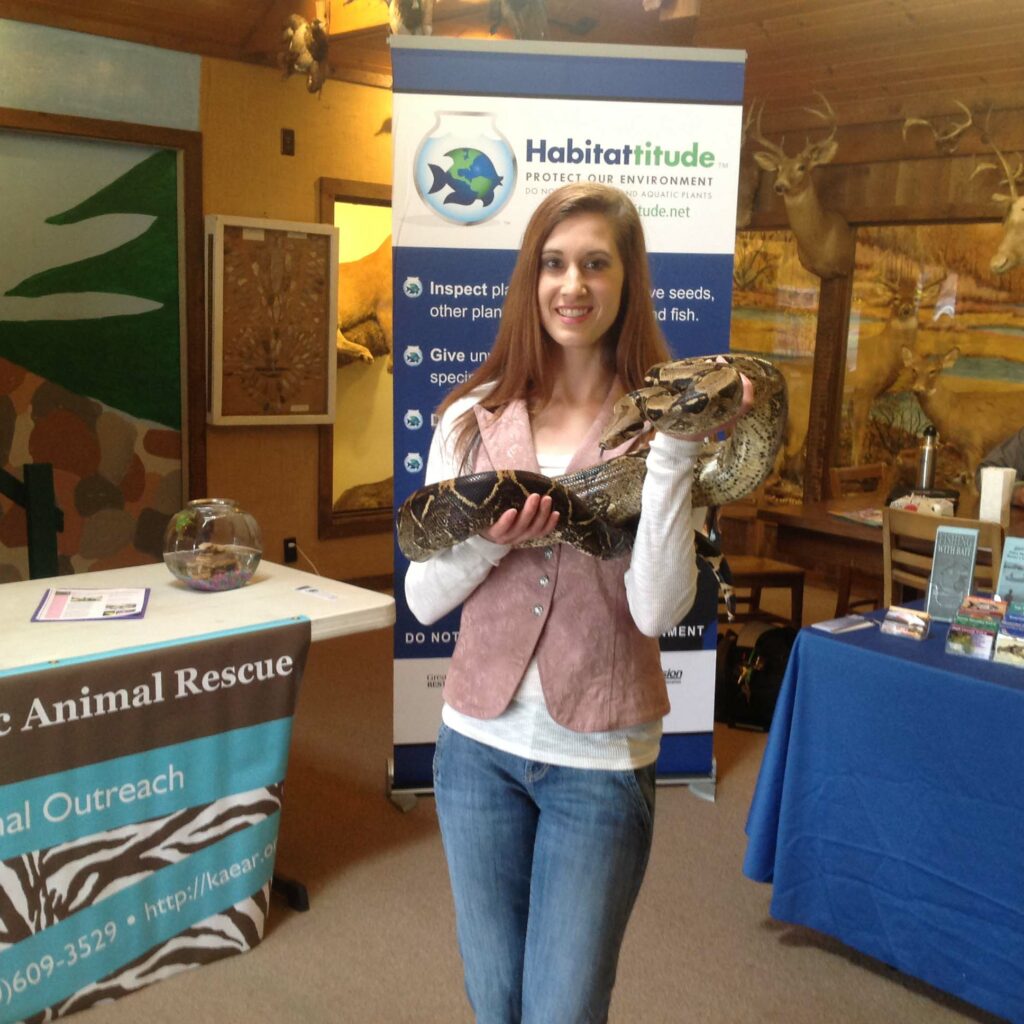 Here, Jamie Kozloski poses with a snake at a Habitattitude Pet Surrender Event. At Pet Surrender Events, exotic pet owners can surrender their pet with no questions asked. Jamie helps find a suitable home for the pets to protect the animals and the environment.