Podcasts > Introduced > Crayfish, cargo and chaos: How we got here

Crayfish, cargo and chaos: How we got here

We start our tale in the 1960s with Otis, a Wisconsin bait shop owner. As the story goes, Otis took a trip to Indiana, brought home some crayfish he captured there and scattered them in a few northern Wisconsin lakes. And then the crayfish population took off. What Otis didn’t realize was that the success of these introduced rusty crayfish happened at the expense of all the other organisms in the lake, including the fish he depended on for his bait business.

The story of Otis and his rusty crayfish exemplifies the fundamentally human aspect of invasive species. So many of the plants and fish and other creatures causing problems in Wisconsin’s lakes and rivers were introduced to those ecosystems by people. Inland lakes, ponds and rivers aren’t the only ecosystems affected by introduced species.

Today, Lake Michigan appears as an enormous lake with crystal-clear water. But below the surface, Lake Michigan and the other Great Lakes have gone through immense changes over the last two hundred years, as human activity led to wave after wave of invasive species introductions. In this episode, we take a time travel tour of the Great Lakes to understand the lakes we see today. 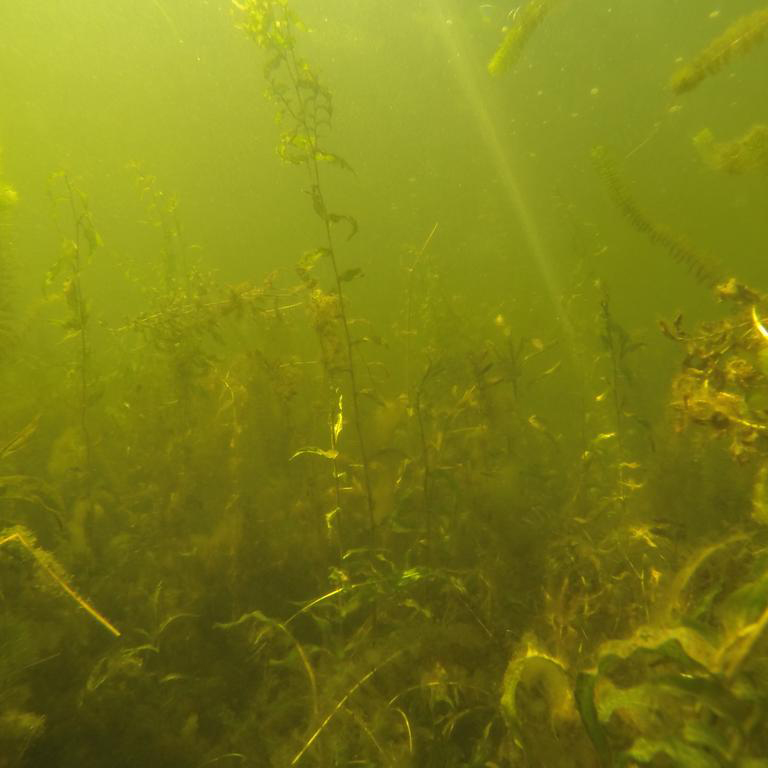 This underwater scene of diverse aquatic plants is what the first rusty crayfish might have seen when they were introduced to Wisconsin’s northern lakes. Rusty crayfish are opportunistic feeders, eating everything from plants to small fish. Like miniature lumberjacks, they destroy the plants as they feed, stripping lake bottoms of plant abundance and diversity.

Since strict ballast water regulations were passed in 2006, the number of new invasive species discovered in the Great Lakes has fallen. And on a local scale, simple actions like cleaning, draining and drying one’s water gear will go a long way toward stopping the spread of invasive species.