Our story today follows the tiny little Cella beetle on a long, slow journey from a laboratory in Switzerland to Wisconsin’s wetlands. It’s also a story of the researchers and community members who’ve helped the beetles along the way, and how the beetles have challenged our understanding of what it means to call something an invasive species.

Purple loosestrife, a plant introduced to North America by European colonists, has turned wetlands and ditches all over the continent fuchsia as it nudges out native plants that are important parts of the ecosystem. But in Europe, purple loosestrife’s natural predators, including the Cella beetle, keep it in check. Could these beetles be imported into the United States and raised to control nuisance purple loosestrife hundreds of miles from their home range?

In Bringing Home the Beetles, Molly Bodde tells us about raising beetles in a kiddie pool in her front lawn. Brock Woods and Jeanne Scherer tell us about the Wisconsin Department of Natural Resource’s Purple Loosestrife Biocontrol Program and how much fuchsia they see in their carefully observed wetlands as a result. Can biocontrol offer a long-term way to return balance to ecosystems that have been damaged by invasive species? 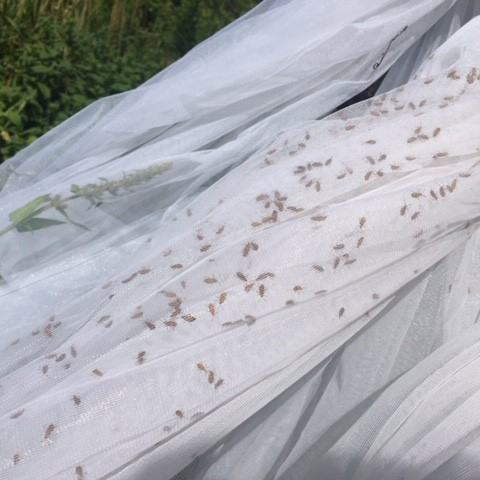 Galerucella (Cella) beetles are used for biocontrol, which is when one species is used to manage another. Cella beetles can take a long time to bring a purple loosestrife infestation under control. Photo: Mike Alaimo. 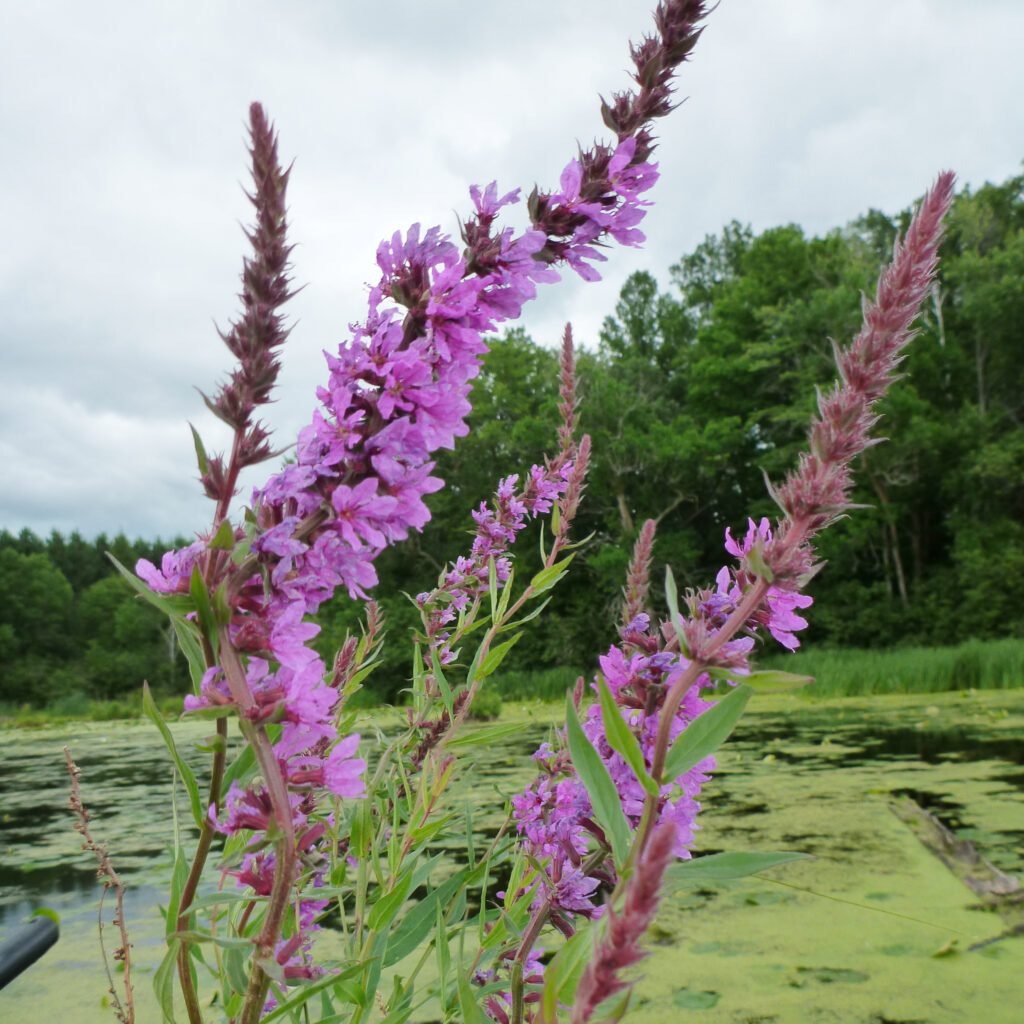 Purple loosestrife plants can be 4-7 feet tall and have up to 30 flowered spikes. Each plant can produce 2.5 million seeds a year. Photo: Katie Holm. 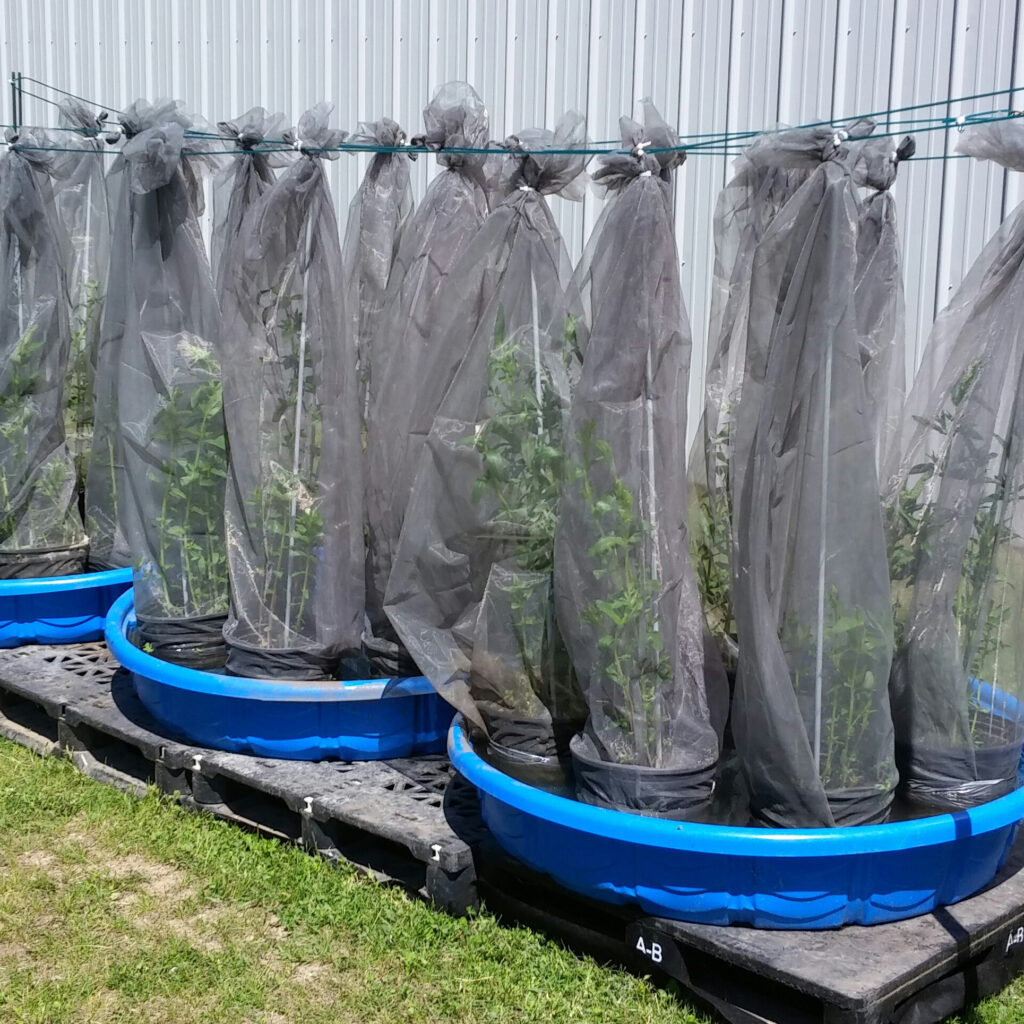 In April, biocontrol volunteers will collect purple loosestrife roots and shoots and place them in pools filled with water. In mid-May, they’ll collect beetles from the wild, place them on the plants and cover with a net. The beetles will spend the summer feeding and reproducing, and at the end of summer, the beetles will be released into stands of purple loosestrife. Photo: Golden Sands Resource Conservation and Development.