Podcasts > Introduced > A lake on the edge

A lake on the edge

In the fall of 2009, a group of UW-Madison Center for Limnology students were out on Lake Mendota learning how to sample zooplankton by dragging a fine mesh net through the water. When they checked the nets, they discovered tiny, invasive spiny waterfleas.

It turns out, the miniscule spiny waterflea had lurked undetected for more than a decade in Madison’s Lake Mendota, despite the lake being among the best studied in the world. In A lake on the edge, Bonnie and Sydney take a new look at a well-studied lake and investigate how an introduced species can float below science’s radar for so long.

Spiny waterfleas are an introduced zooplankton that originate in Eurasian lakes. They have a long, barbed tail that they use to prey on native Daphnia and other zooplankton. Despite their size, spiny waterfleas can have big impacts on water quality and fish populations in a lake. Without Daphnia keeping algae in check, a lake is susceptible to uncontrolled algae blooms, less food for fish, and ultimately, less fish for people.

Because of the relatively hot summer climate, Madison might seem like an unlikely place for the cold-loving spiny waterflea to thrive. But in order to understand how spiny found a foothold in Lake Mendota, we need to understand all the unexpected nuances of lake temperature. If researchers can predict how warm a lake will be as the climate changes, they can also predict which species will be successful there in the future – and which species won’t be successful. 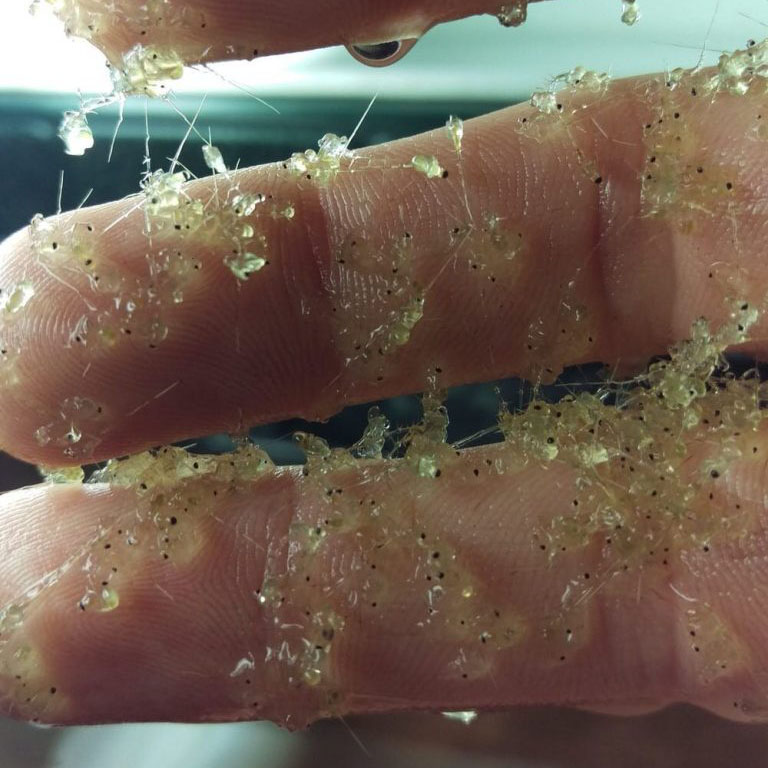 Native to Northern Europe, the spiny waterflea probably arrived via ballast water. It was discovered in Lake Ontario in 1982 and is now in all of the Great Lakes and some inland lakes, such as Lake Mendota. Photo: Vince Butitta. 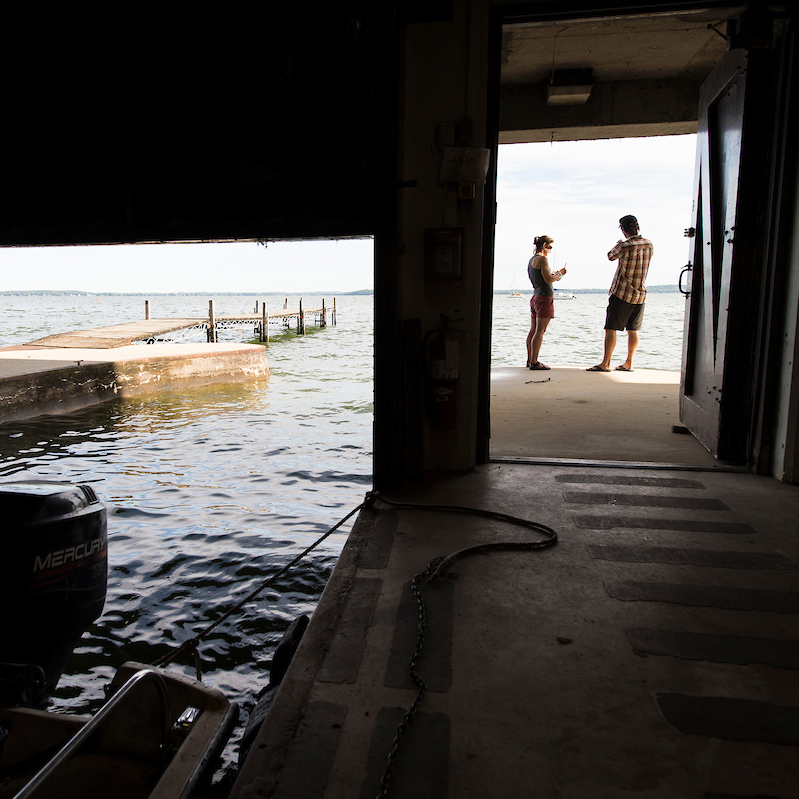 Waterfleas are spread by boats and fishing gear that are contaminated with females carrying eggs. Even though the females will die out of water, in some cases their eggs resist drying out and survive to form new populations. Photo: UW-Madison.

Study: Stories of Invasive Species Often Begin with Undetected “Sleeper Populations”
Too Hot? Too Cold? Just Right? Lakes Sharing the Same Climate Can Be Worlds Apart for Invasive Species
Forget “Needle in a Haystack.” Try Finding an Invasive Species in a Lake
Tiny Invasive Species Eats Enough to Devour an Entire City
What Lies Beneath: Sudden Invasion of a Wisconsin Lake Wasn’t So Sudden After All