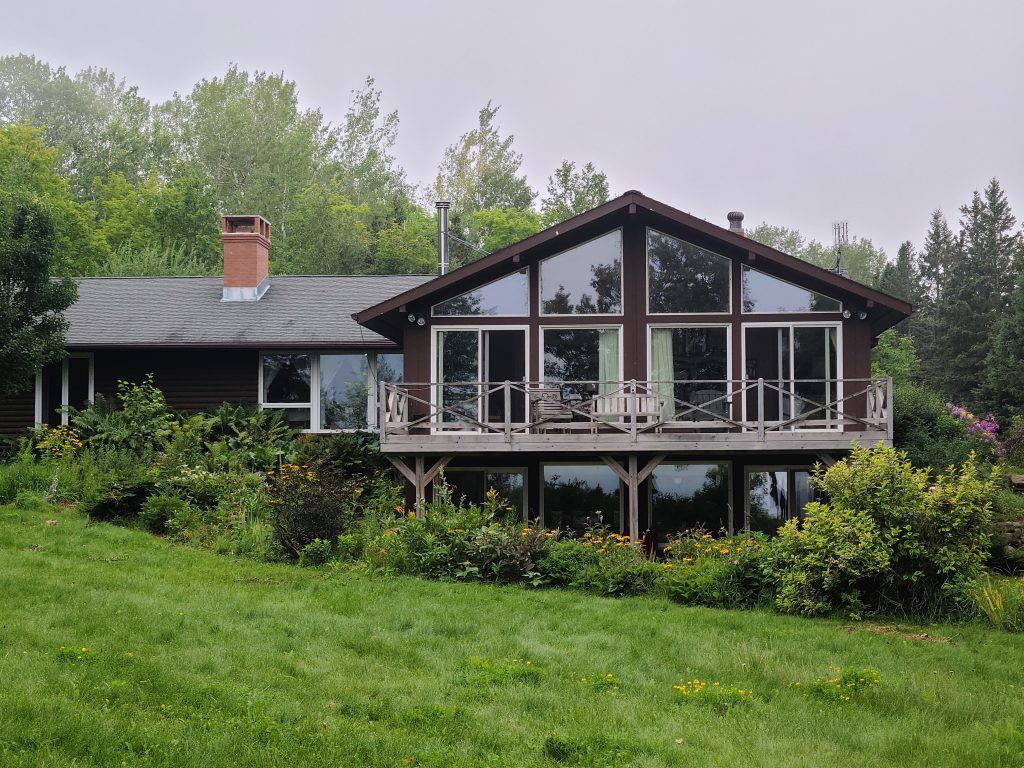 This home in Herbster, Wisconsin, was moved 150 feet back from an eroding Lake Superior bluff in 2003. Image credit: Marie Zhuikov, Wisconsin Sea Grant

The dynamics of land and water were on display for members of the Coastal Hazards of Superior (CHAOS) group when they toured Lake Superior’s South Shore at a homesite in Herbster, Wisconsin, last week. The home, now owned by Dan and Mary Schneider, was moved 20 years ago farther inland from an eroding lake bluff in one of the first efforts to address coastal home erosion and establish setback distances in Bayfield County. 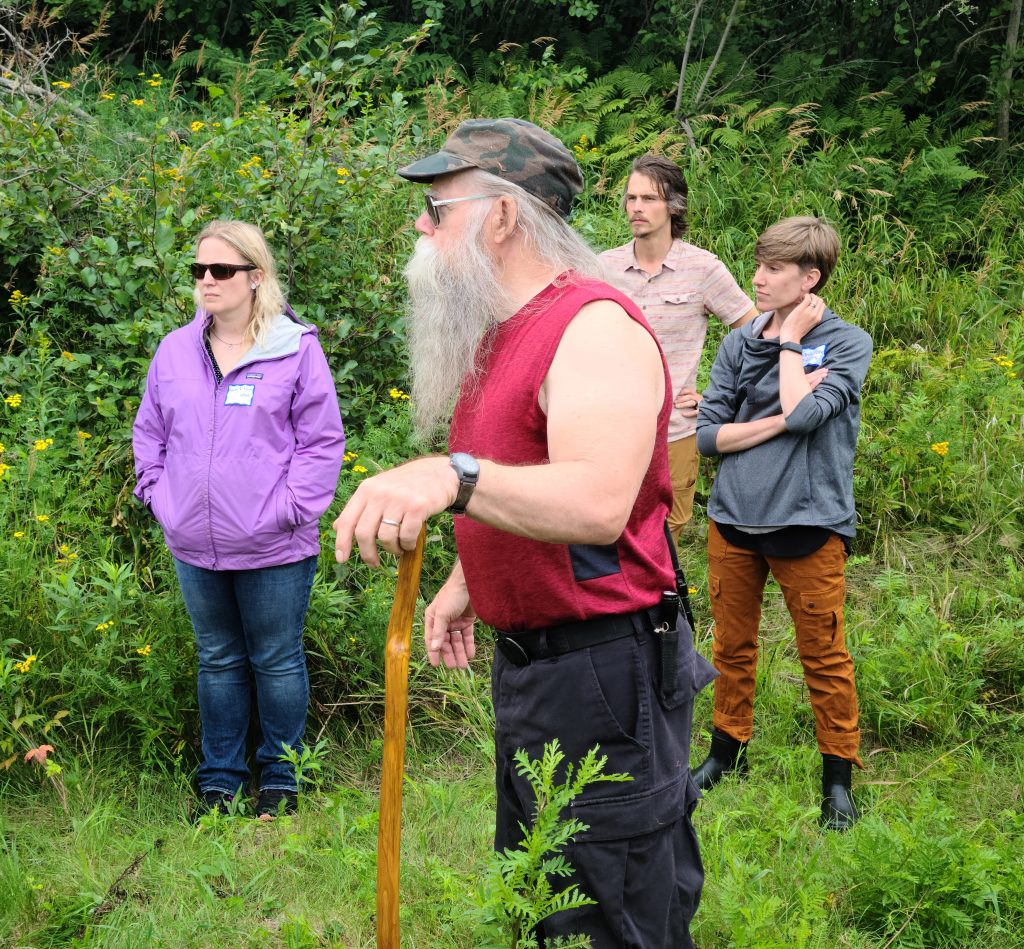 I was one of the lucky tour participants along with Natalie Chin, Wisconsin Sea Grant’s climate and tourism outreach specialist.

Schneider, who has owned the 52-acre property since 2019, said he was happy to open his homesite for the tour. “The area’s got such an incredible geological history and cultural history, for us, it’s amazing to live here.”

He showed us where the house was originally situated, right on the edge of the 150-foot bluff. It now lies 150 feet farther back. The bluff was eroding from Lake Superior waves at the bottom and from stormwater runoff and groundwater flow at the top.

Moving the 3-bedroom home was a major undertaking. “They (the original owners) found a mover, but then they had to deal with the potable water supply, the electrical supply and the sanitary sewer,” Schneider said.

The spot where the house was moved to offered its own challenges in the form of shallow groundwater. Swales were installed along with drain tiles, ditches and a pond to keep the water from flowing into the house. 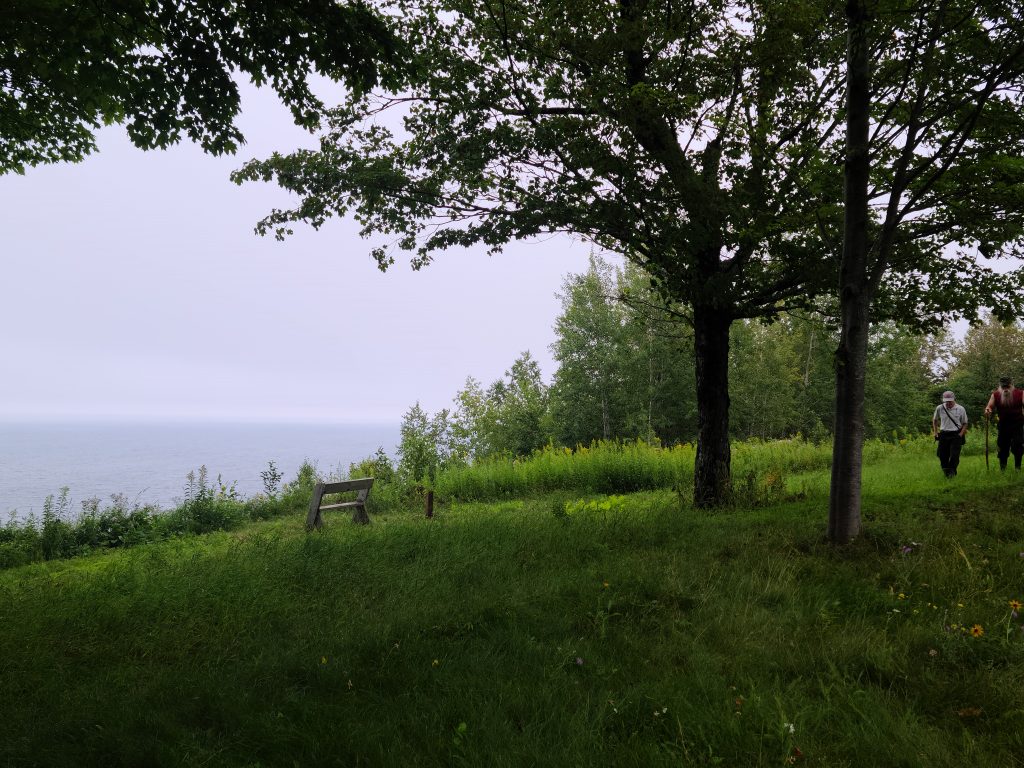 This is the bluff overlooking Lake Superior that was the original site of the home. Image credit: Marie Zhuikov, Wisconsin Sea Grant

Schneider said that not much erosion had occurred on the bluff since the home was moved, but that a bluff east of the house had been eroding actively. We walked about 200 feet in that direction for a view. Dirt and gravel tumbled down the slopes, which were bare of vegetation.

Fitz explained that the slopes were composed of clay and sand, remnants of the last stages of glaciation about 14,000 years ago. “There’s contact between clay of the Miller Creek Formation and sand from the Copper Falls Formation about 15 feet down,” Fitz said. “That contact is probably playing an important role in the stability of this bluff – or rather, the instability.” This sand-clay interaction characterizes much of the geology of Lake Superior’s South Shore. 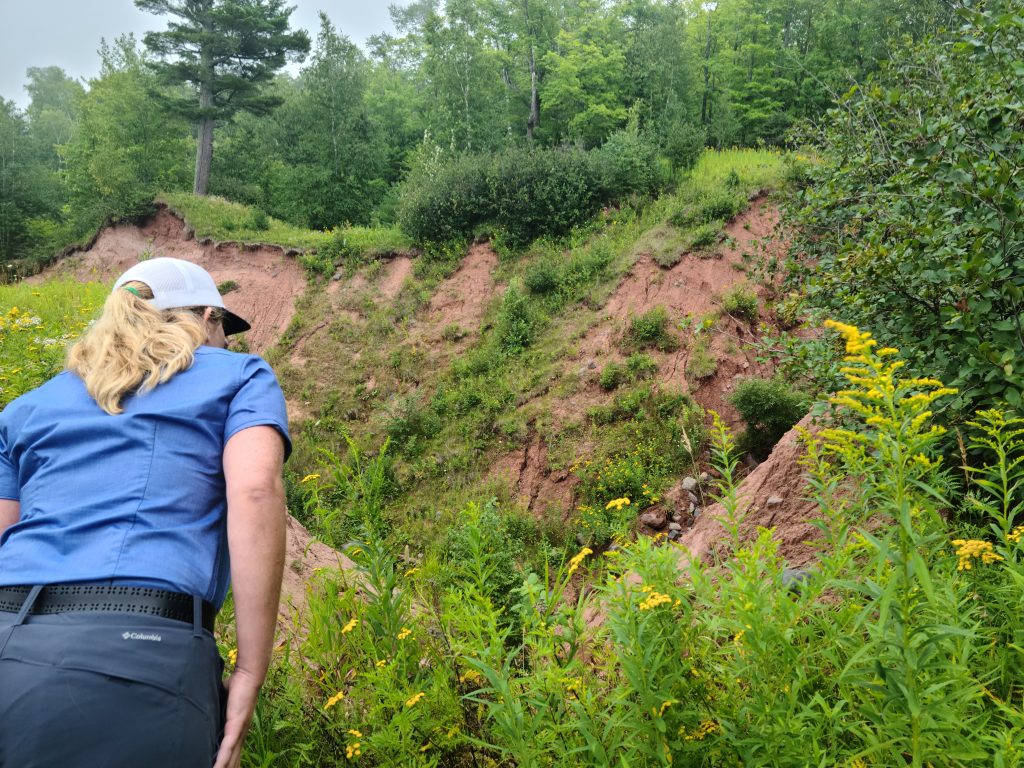 Geology in action — a tour participant peers down into an eroding bluff on the Schneider property. Image credit: Marie Zhuikov, Wisconsin Sea Grant

Fitz described how groundwater was moving along the top of the clay layer and coming out of the side of the bluff, forming erosion. “What we see here is obvious evidence of the power of moving water,” he said, citing clay around the house for the groundwater issues that Schneider has noticed there.

The good news is that Schneider’s house is safe from erosion thanks to its current setback from the bluff. The bad news is that the eastern ravine is eroding.

Schneider said that when he purchased the property, he noticed the erosion in the ravine, but it didn’t bother him. “I knew in my lifetime I wouldn’t need to worry about it. The privilege of living out here was worth it,” he said.

Back at a picnic table near the original bluff, we heard from Galetka, who explained how Bayfield County tracks coastal land changes over time. One of the ways he currently uses is a drone equipped with a 35 mm camera.

“I began this job in 2007. I’ve seen this program of setbacks and the importance of making sure we have science backing up where homes should go behind the bluff,” Galetka said. “This was the site that sparked everything. It was kind of like the poster child.” 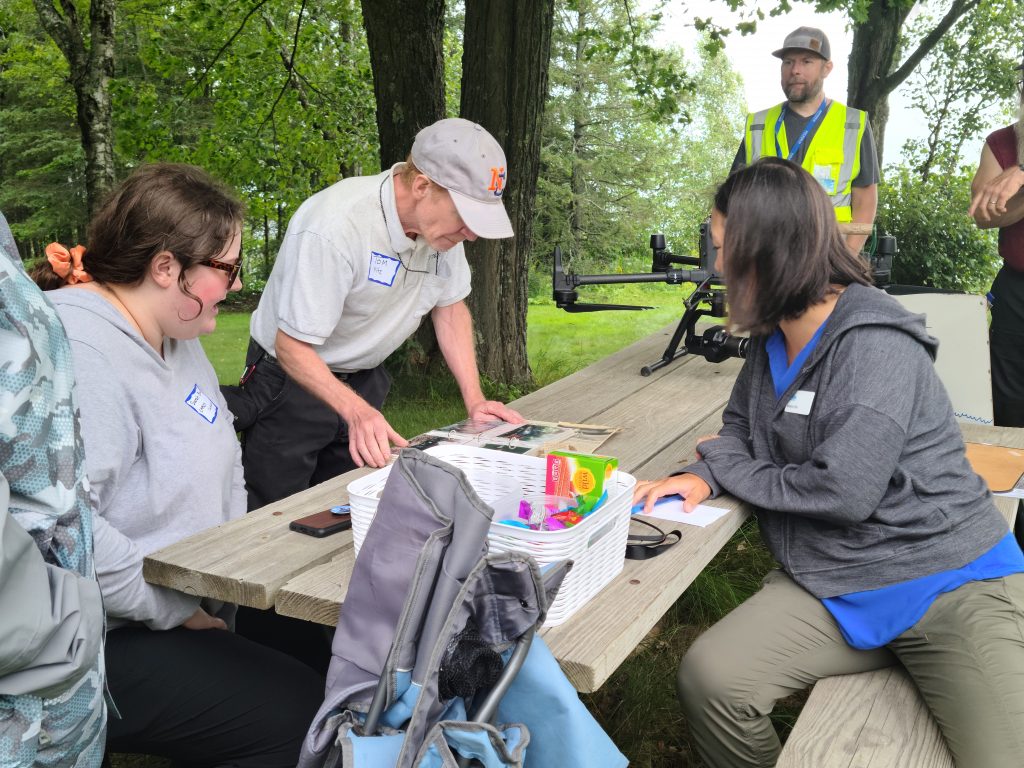 The wind was too stiff for Galetka to demonstrate his drone, but that allowed us to have a close look as it rested on the picnic table. He said that technology has advanced greatly since the home was originally moved and that data sets are much more accurate now.

We came away from the tour with a greater appreciation for the intricacies involved in how land and water interact, and admiration for the forethought required to preserve a beautiful Lake Superior home.

For more information about coastal erosion along the South Shore and to hear from Jane Bucy, the original owner of the Schneider home, about the house-moving process, you can watch a YouTube video of the CHAOS group’s June 2022 meeting.