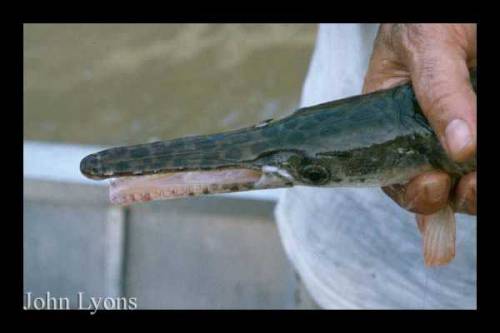 A spotted gar may not be a shark, but it does have teeth!

When present in water, salt supports the lives of these inarguably fascinating species. Salt also ensures a tasty rim around my margarita glass but if we want to talk about the fascinating lives of other  types of fish—the ones that live in fresh water—I’ll skip the alcohol, pour a refreshing glass from my tap and ruminate on some of the 172 species found in Wisconsin lakes, ponds and streams.

·         While there are sharks called mako, nurse and great whites, our lakes offer individuals such as the golden redhorse, kiyi and spotted gar. That last one, in fact, has its own array of fearsome teeth.

·         While we might hear about shark bodies formed of cartilage, we could compare that to our lake sturgeon, which is also a cartilaginous fish that can reach its own impressive length—six feet.

·         While we know a shark’s menu may consist of smaller fish or even mammals, consider the lake whitefish, which seem to have developed the taste for and ability to eat some of the trillions of invasive quagga mussels that carpet the bottom of Lake Michigan. It could be a matter of survival. Those same mussels are consuming much of the smaller organisms that make up the base of the food web and are starving out the fish.

·         Finally, while we perhaps have a tendency to anthropomorphize a shark as a “bad” actor, we might likewise project that trait onto the sea lamprey because of its vampiric lifestyle. These invaders from the Atlantic Ocean feed on the body fluids of other fish. They especially enjoy lake trout.

I will almost certainly tune in for a bit of the Shark Week programming. When it’s concluded, perhaps we could all spend the remaining 51 weeks learning about Wisconsin’s fish. Seagrant.wisc.edu/fishd is a handy place to start. Compare snouts, fins, and tails. Check out a fish’s preferred home. Learn if a species is a native or an invasive.  Through it all, keep that fishing license handy and consider trying your luck at hooking a few. 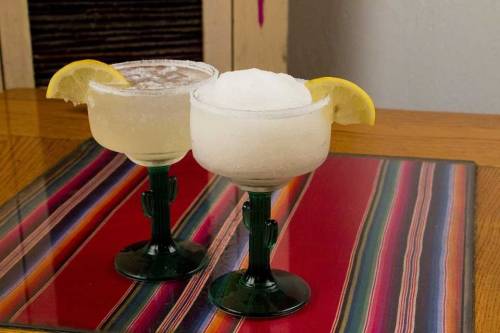