Between Wisconsin and Minnesota runs the St. Louis River. Along the river, a widening exists between the Fond du Lac neighborhood and the Duluth Harbor; here lies Spirit Lake. At the center of Spirit Lake is Spirit Island, a place rich in cultural history and a former home to the Ojibwe people. 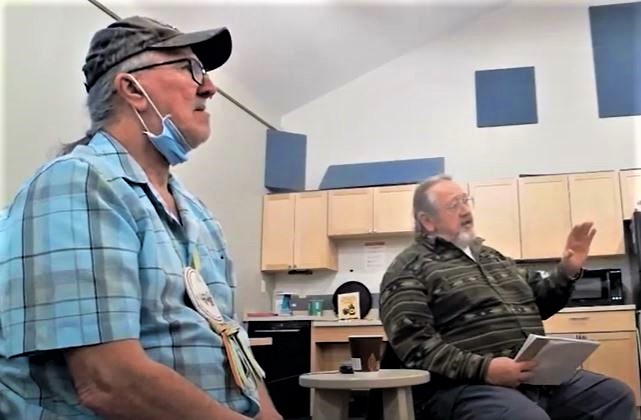 Savage said that thousands of years ago, the migration of the Anishinaabe to continental America began with the journey through the Bering Strait, down to the Eastern side of the Rocky Mountains. As they traveled east, they met a variety of people who were already settled, and faced bouts of both conflict and kindness along the way. Eventually, the Anishinaabe made their way to the Eastern Coast of America, or rather, in the words of Savage, “the land where the sun comes up.” They spread along the coast creating homes and prospering in peace.

“While there, there were seven prophets,” said Savage, “They call these prophets the Seven Fires. The first prophet came and told the people all the knowledge to create a healthy and everlasting life.”

The second prophet warned that the Anishinaabe people would forget this knowledge as time went by, but eventually, a young boy would be born and help the tribes remember what was forgotten.

“The third prophet came and told them that there was a chosen ground in the west and that they must move their families to where the food grows on the water,” said Savage. The Anishinaabe people were also told that they would find a path to their chosen ground.

Several generations of traveling ensued due to the Seven Fires Prophecy. The journey took the Anishinaabe through many places, including modern-day Montreal, New York and Detroit, searching for an island shaped like a turtle.

The tribe was split up in this process, but eventually, Anishinaabe people from the north and south sides of Lake Superior were reunited. “We knew that we were the same people because we still had the same songs,” Savage said.

And so, they finally came across Spirit Island, the island that resembled a turtle’s back sticking out of the water and home to a cornucopia of food, including wild rice, a food that “grows on the water.” 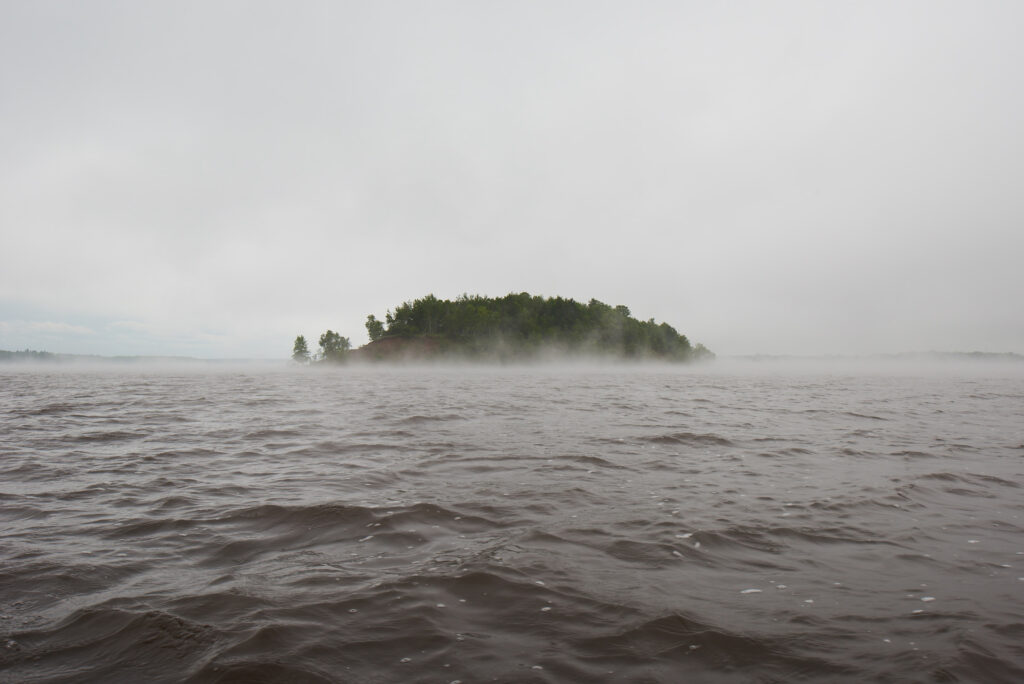 The long history and deep-rooted traditions of the Anishinaabe carry on today as elders pass down the story of Spirit Island to younger generations. Defoe recalled watching his family harvest wild rice as a young boy and reminisced about oral traditions that he learned as a child.

Despite these long-standing traditions, it is important to note that things have changed regarding the lives of the Anishinaabe. Defoe noted that he has viewed the decline of wild rice crops since his childhood. These declines are concerning because it is possible that one day no one will have access to these resources. Defoe gave some insight into an Anishinaabe belief that “there was a time that all people–I don’t care what race they were–all people had a connection to the Earth.”

To watch a video of this presentation, visit the Lake Superior Estuarine Research Reserve’s YouTube site.