Blog > Children of the Night? Nope, These Vampires are Round-the-Clock Terrors 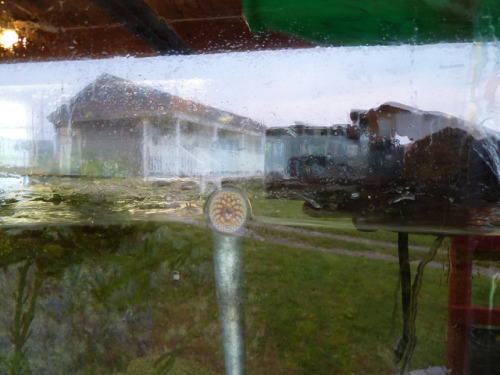 Halloween is upon us. In this season of goblins and ghouls it also seems an appropriate time to ponder vampires, and in the context of the Great Lakes, the vampire fish.

The sea lamprey (Petromyzon marinus) has earned its moniker because of a rasping disk-shaped mouth outfitted with teeth that clamp onto a host fish’s scales and skin. The eel-like creature then feeds on body fluids, particularly those of lake trout.

· Lampreys are members of a family of ancient fishes that were around before the time of the dinosaurs.

· Sea lampreys are native to the Atlantic Ocean and first entered the Great Lakes by swimming through locks and shipping canals in the 1880s. They were found in Lake Michigan beginning in 1936 and Lake Superior in 1946.

· Unlike ocean fish, Great lakes fish are ill-prepared to withstand the vampire’s kiss. Only one in seven will survive an attack. According to the Great Lakes Fisheries Commission, an average individual lamprey can kill up to 40 pounds of fish over its 12-18 month feeding period.

· There are several different types of native lampreys: the silver lamprey, American brook, chestnut and northern brook. Luckily, these native species don’t deplete fish populations or cause the problems that sea lampreys do. Another look-alike is the freshwater eel, which is also native to the Great Lakes. The difference is that eels have jaws and lampreys do not.

What’s in the biologist’s arsenal to combat the blood-sucking tendencies of this nonnative species? Forget wooden stakes and garlic. A recent International Association for Great Lakes Research State of Lake Superior Conference offered a talk on sea lamprey. In his session abstract, Todd Steeves, with the Sea Lamprey Control Centre of Fisheries and Oceans Canada, ticked through the history of management on one of the Great Lakes:

“Sea lamprey control began on Lake Superior in 1950 with installation of mechanical weirs on tributaries to block spawning migrations of adult sea lampreys.

Use of lampricides as a control tool began in 1958 and, by 1961, 72 streams were treated with (a pesticide) 3-trifluoromethyl-4-nitrophenol (TFM). The effects were immediately obvious when 86 percent fewer sea lampreys were captured during spawning runs, the marking rate declined on host species, fewer larvae were collected from streams, fewer streams were used for spawning and abundance of fish increased in the lake.

During his presentation, Steeves said larval-stage treatment remains the most effective approach. That’s the TFM, which is applied when the sea lamprey are maturing in tributaries to the big lakes. He said the installation of barriers is also a good approach but can negatively affect jumping fish.

Steeves said the challenges to reducing sea lamprey numbers include stream connectivity to the lakes, improved water quality since it facilitates lamprey spread, climate change and resistance to lampricides.

Two additional factors come into play. One is the perception—and reality—of adding a pesticide to lake ecosystems. The other is a sense of apathy. There’s a need to keep up the education that sea lampreys are still prevalent and a problem. “People say, ‘I thought you already got rid of those things,’” Steeves said.