Sponsored by the Sea Grant Association, the briefing for members of Congress, their staffs and other interested people was designed to demonstrate the impacts Sea Grant programs have in their home states. 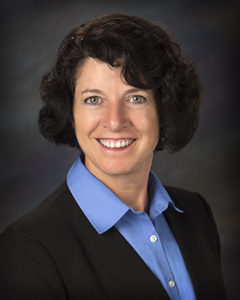 While DeLuca provided a Great Lakes perspective, other speakers were Beth Ginter, executive director of the Chesapeake Conservation Landscaping Council in Maryland, and Seth Rolbein, director of the Cape Cod Fisheries Trust in Massachusetts.

Of course, it’s no surprise that DeLuca would be a dedicated advocate for Sea Grant; after all, she serves on the advisory councils of both Wisconsin Sea Grant and Minnesota Sea Grant. That dual commitment makes perfect sense, given that the “Twin Ports” nickname refers to Duluth and Superior.

After sharing some facts about her port—the largest by tonnage on the Great Lakes and one of the top 20 in the nation, also by tonnage—DeLuca outlined some of the challenges the maritime transportation industry is facing, as well as concrete ways Sea Grant is helping with those challenges.

Some of DeLuca’s observations:

These are just three areas among several DeLuca noted to illustrate Sea Grant’s value in guiding smart, science-based decisions for the Great Lakes that balance the needs of various users and protect the environment for generations to come.

Watch the full briefing online to hear more of DeLuca’s comments, as well as those of her counterparts along the Atlantic Ocean.