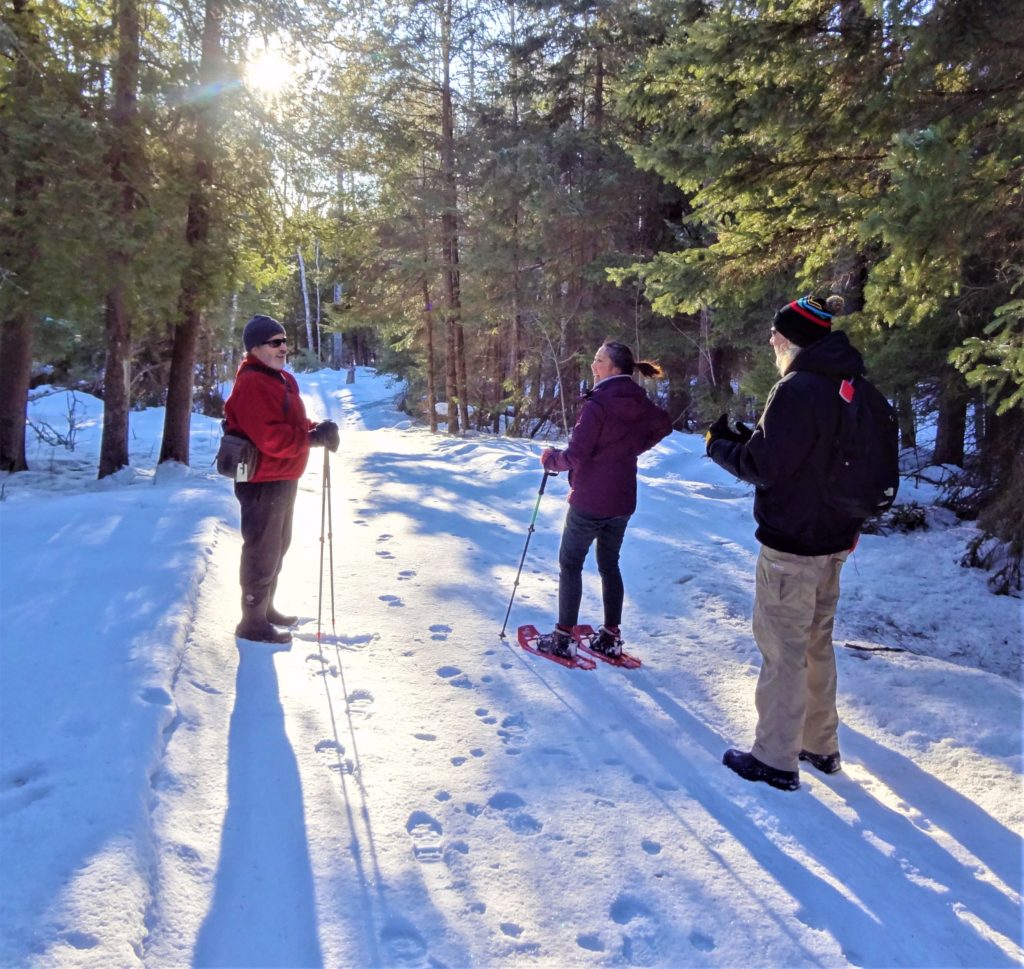 As we walked across the frozen bay, a dark shape appeared. Nearing, we could see a large chunk of deer hide lying wrinkled in the snow like a rich lady’s carelessly discarded fur coat.

Were we deep in the wilderness? No. We were just a 15-minute drive outside of Superior.

My Sea Grant coworker, Natalie Chin, and I were treated to a tour of the Superior Municipal Forest last week, courtesy of the Friends of the Lake Superior Reserve group and naturalist Mike Anderson.

This green gem offers 4,400 acres of the best remaining example of a boreal forest in Wisconsin and it’s the third largest municipal forest in the country.

Although I’d driven through the forest several times, I’d never had time to actually walk out into it. So, I jumped at the opportunity for this outing, and invited Chin, who is new to the area. 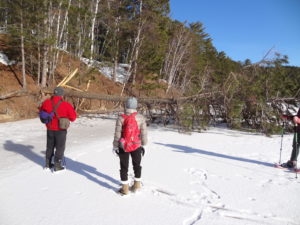 We met in a parking lot for a motorized winter trail. With snowshoes and highwater boots on, we hiked with several other Friends members down the trail to a frozen bay, which Anderson told us was Kimball’s Bay. All was quiet except for the crunching of snow under our boot. We found several old red pines on the shore that had fallen recently, their trunks snapped due to high water levels in the St. Louis River, which caused the shore to erode. The trees leaned and leaned until they could lean no further, and snapped from the extreme physical forces.

Along the way, Anderson described the history of the area. Although the ends of many of the peninsulas that poke into the bay are developed with homes, the municipal forest is preserved from development. Anderson was active in efforts to protect the area. Only cross-county ski trails, hiking trails and a campsite point to human use of the forest.

We trekked across to the other shoreline, passing an ice angler and coyote tracks. Two deer bounded across the ice ahead of us. We clambered up and over another point onto Cedar Bay, which is a narrower inlet. A short walk led us to the dark shape of the slain deer in the snow. 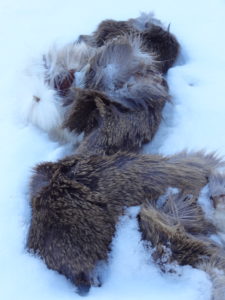 Soon, it was time to return to our cars and the demands of urban life. Reluctantly, we headed back, savoring views of a slanting setting sun and a rising waxing moon.

The Friends of the Lake Superior Reserve hopes to organize more tours come spring. The group acts as ambassadors and supporters for the Lake Superior National Estuarine Research Reserve – the same folks in the building where our Sea Grant Lake Superior Field Office is located. They are a nonprofit group of volunteers who love the St. Louis River Estuary and work to highlight its importance to the community.  They even help with the reserve’s science projects sometimes. Find out more about what they do here. If all this sounds interesting to you, consider joining their group. It might give you a whole new perspective.

Besides being a great guide, Anderson is an accomplished nature and event photographer. You can view some of his municipal forest and St. Louis River images here: