Silver, bighead, black and grass carp were imported from Asia to North America in the 1970s to control algae in human-made ponds. Within ten years, carp had escaped and started multiplying in the Mississippi River system and beyond. This group of carp gained a bad reputation in the United States, with media coverage about the “carp rampage,” “the most hated fish on the Mississippi,” “Americans’ poison” and “the carp crisis.” But in their native range of China, people have been fishing for and farming silver, bighead, black and grass carp for thousands of years. How does a group of fish revered in their home range come to be some of America’s most reviled villains?

We spoke with Dr. Yushun Chen, who explains that in China, carp are an important fish, both culturally and economically. In his region near Wuhan, carp are a diet mainstay, eaten in dishes like a delicious soup. The four fish coexist extremely well together in a pond system, which allows fish farmers to harvest large amounts of fish each day and bring fresh product to the market.

These Chinese harvest methods piqued the interest of Duane Chapman, a leading carp researcher in the United States. We talk to Duane about his trips to China, visits with Chinese researchers and commercial fishers, and about harvesting methods that might work to capture and remove nuisance carp from ravaged ecosystems here in the United States.

While the United States is struggling with too many nuisance carp, China’s wild carp population is dwindling because of fishing pressure. Can Yushun, Duane and their other partners find ways to help the United States control its overabundance of carp, and simultaneously, help China reestablish carp in their lakes and rivers? 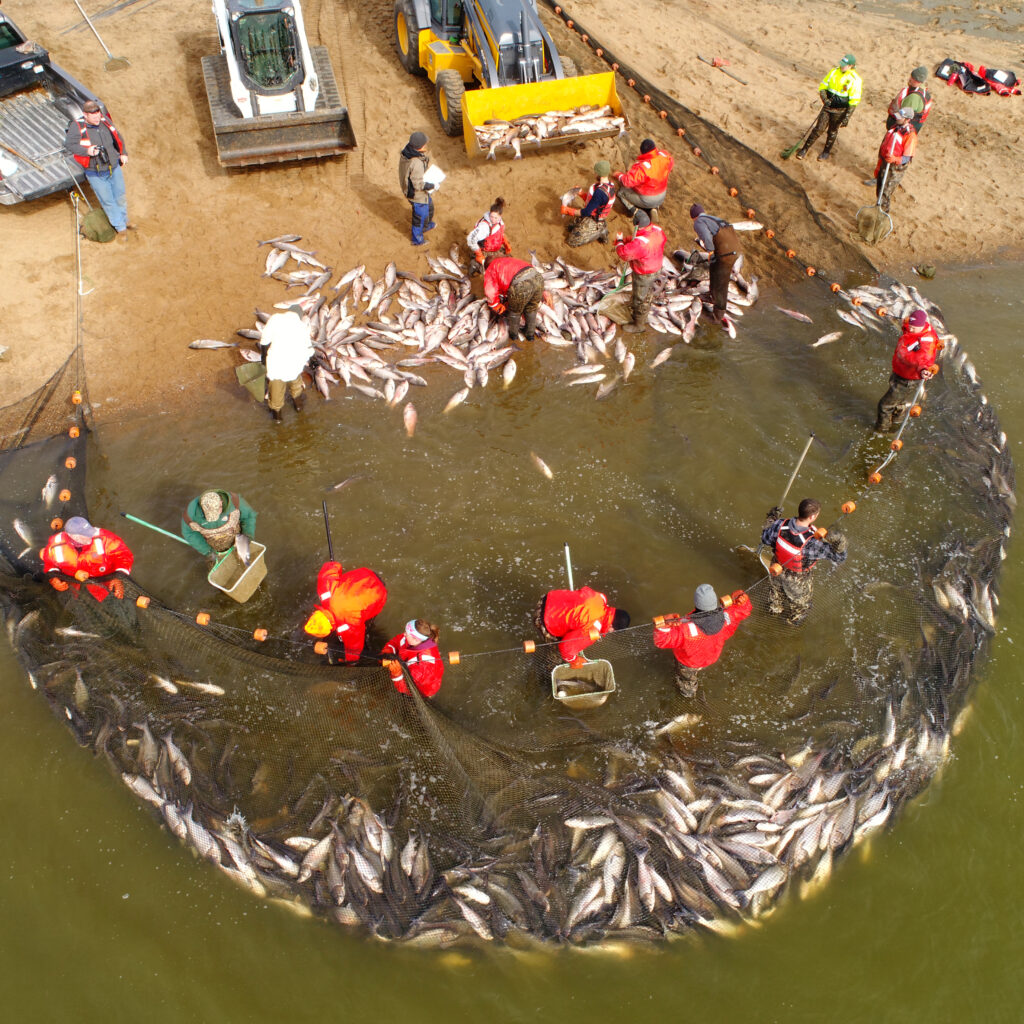 The Unified Method uses herding techniques and a variety of nets to drive carp into an area where they can be collected. The USGS has adapted this process into the Modified Unified Method, which incorporates new equipment and can be used in a North American context, which is shown in this photo. Photo: Missouri Department of Natural Resources. 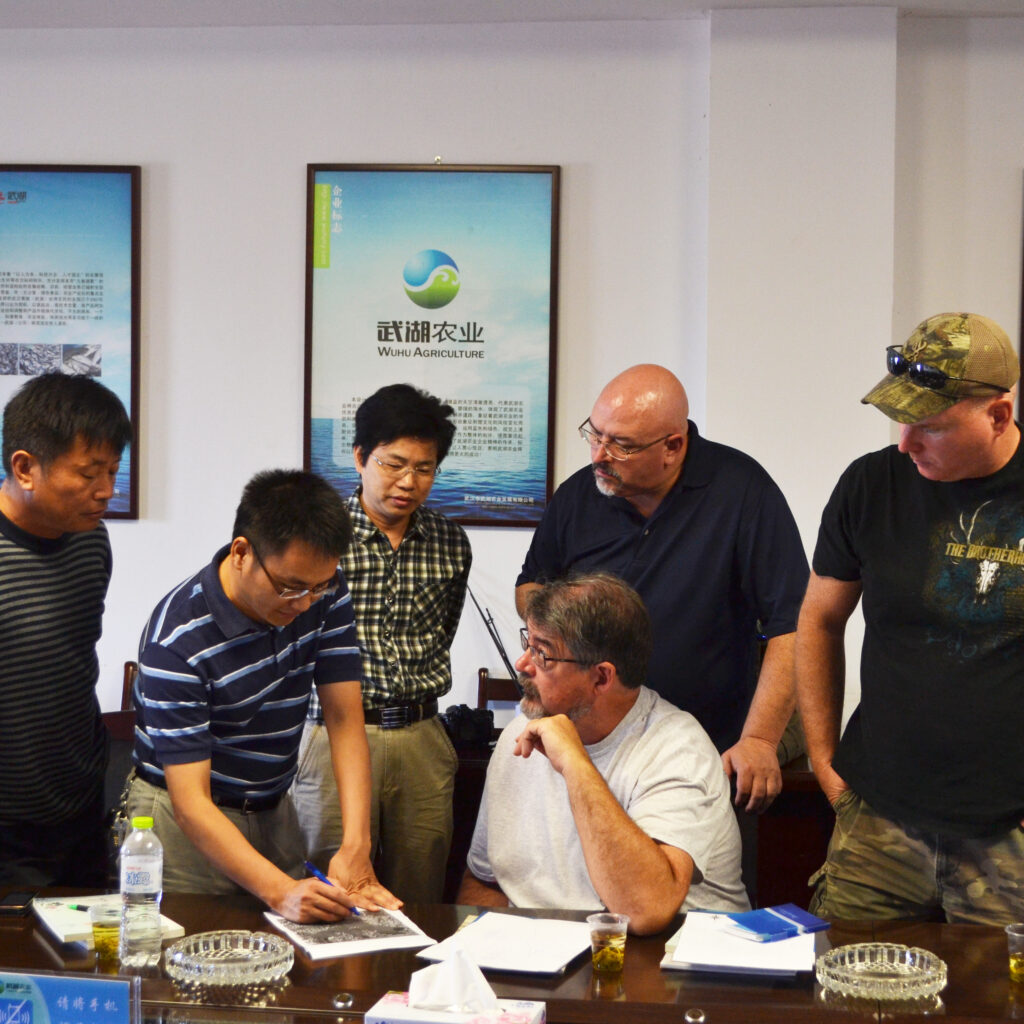 Today, Duane and Yushun are part of a network of researchers who study and compare the Yangtze and Mississippi rivers.  Their interdisciplinary work addresses ecologic and economic challenges along both rivers. In this photo, Yushun, Duane and their colleagues lay out plans for a unified method in northern Illinois. (Pictured from left to right: Mr. Tao, Dr. Yushun Chen, Dr. Tanglin Zhang, Duane Chapman, Kevin Irons and Dave Buchanon) Photo: Illinois Department of Natural Resources. 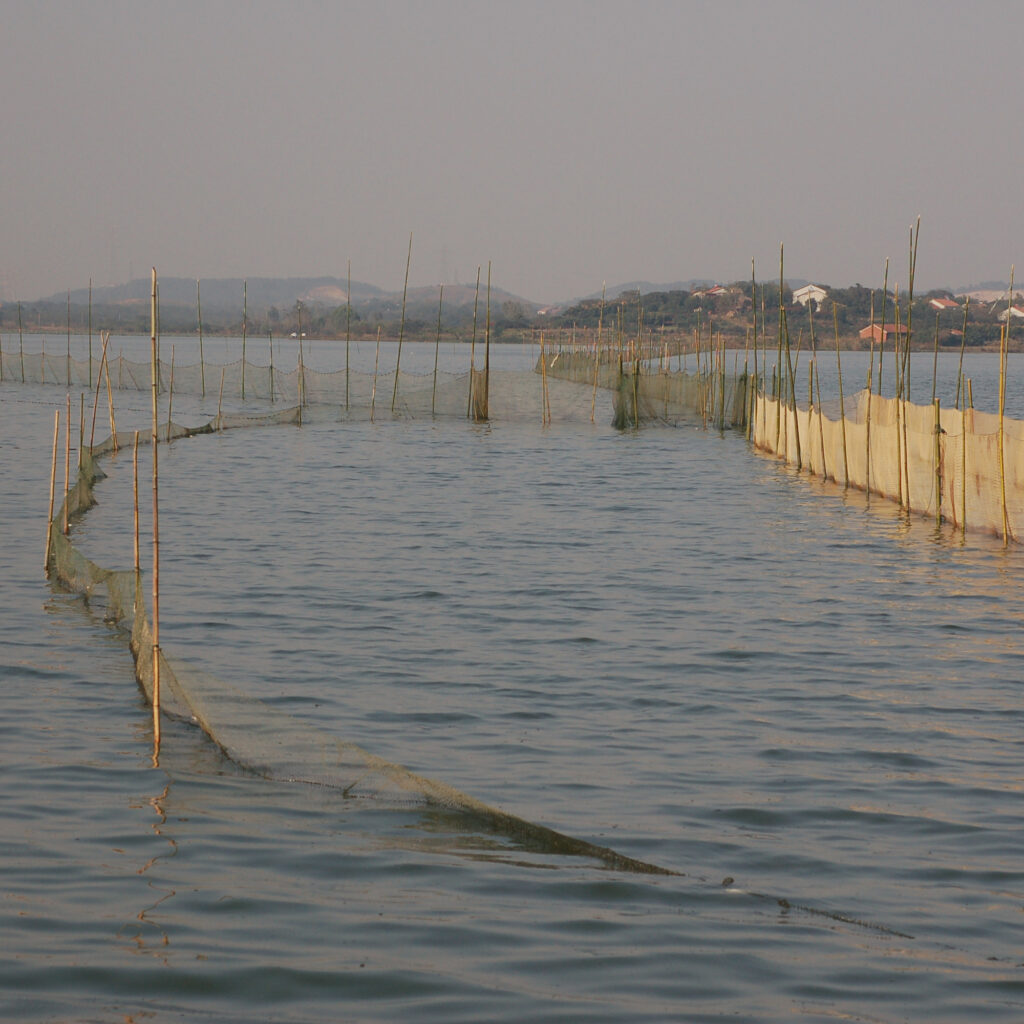 In the Unified Method, nets stretch across the water and bamboo poles keep the silver carp from jumping over the net, as shown here in a shallow, floodplain lake of the Yangtze River. Photo: US Geological Survey. 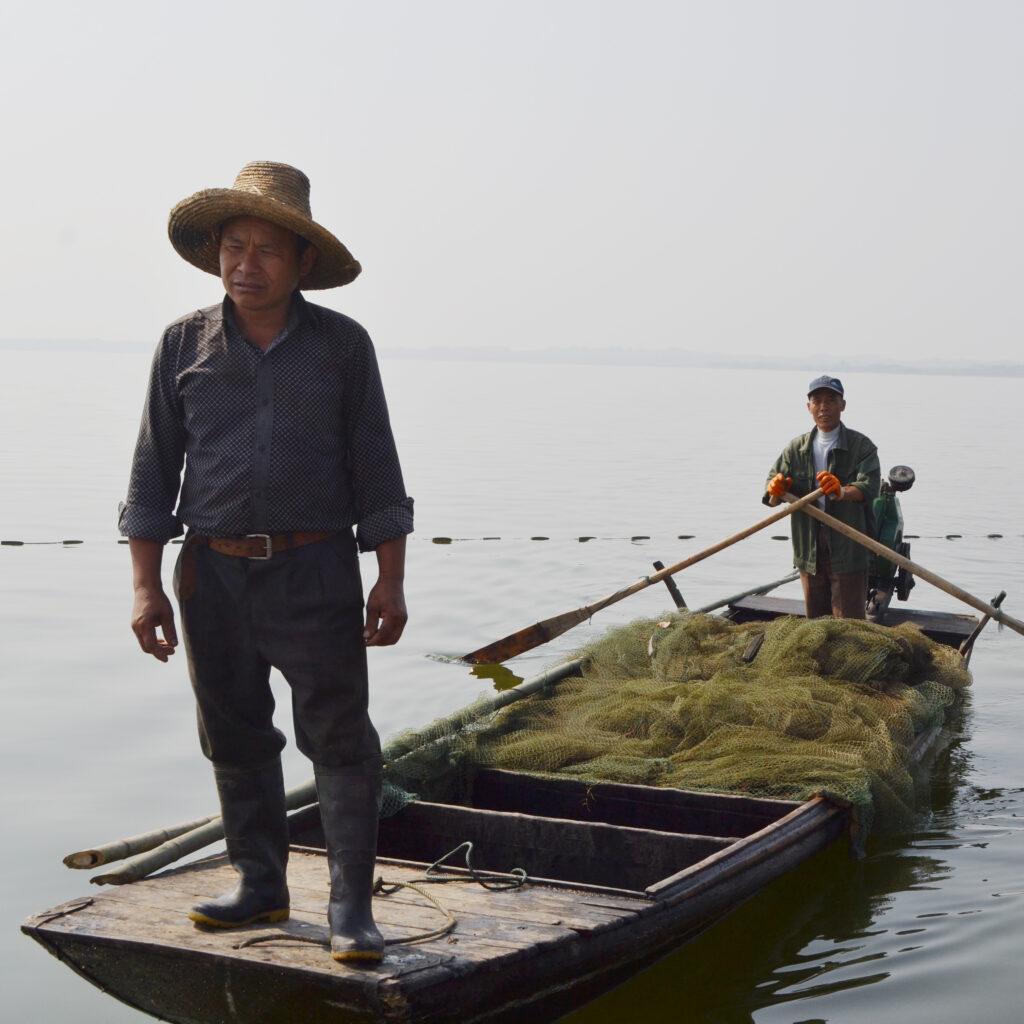 Commerical fishers use the Unified Method to bring fresh carp to the market on a daily basis. Photo: US Geological Survey.