Four new members joined the Advisory Council of Wisconsin Sea Grant in fall 2020. Invited to serve by the organization and officially appointed by the University of Wisconsin-Madison chancellor, these individuals help shape Sea Grant’s future, enabling it to better serve the people of Wisconsin. The four new members are Deb DeLuca, Madelyn Leopold, Becky Sapper and Lori Tate.

Sea Grant is grateful to these individuals for contributing their time to address challenges and opportunities facing our Great Lakes. The brief profiles below will help you get acquainted with them; watch the Wisconsin Sea Grant blog in the coming weeks for more in-depth Q&A features with each. 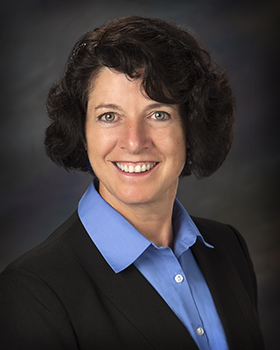 For Deb DeLuca, the University of Wisconsin-Madison, where Wisconsin Sea Grant is headquartered, is in her blood. She earned her master’s degree at what is now the Nelson Institute for Environmental Studies on campus. Said DeLuca, “I was very aware of the Sea Grant program while I was in graduate school,” having crossed paths with former Sea Grant director Anders Andren, who taught water chemistry. DeLuca’s graduate research focused on the occurrence of pesticide degradation products in groundwater contaminated by the parent product, and the implications for health-risk-based standards for those pesticides.

Now, years later, DeLuca is the parent of a recent UW-Madison graduate, and her father is an emeritus professor there. “Serving on the Advisory Council keeps me close to my Wisconsin and UW roots, and it lets me return service to the University of Wisconsin system.”

DeLuca leads the bustling Duluth Seaway Port Authority, the Great Lakes’ largest port, as its executive director—the first woman in that role in the port authority’s 60-year history. (She spoke about her career journey in a public talk co-presented by Sea Grant last year; you can find a recap of that event on our blog.)

She feels a strong connection to the Sea Grant vision of thriving coastal ecosystems and communities, as well as the sustainable use of Great Lakes resources. As she said, “Thriving communities must thrive on ecosystem, societal and economic bases. Realistic solutions must balance the intersection of these three realms.  Great Lakes shipping plays an important role in the state and regional economy, yet it is relatively invisible, especially to non-waterfront communities.  I am proud to represent the interests of shipping and waterborne commerce on the Advisory Council.” 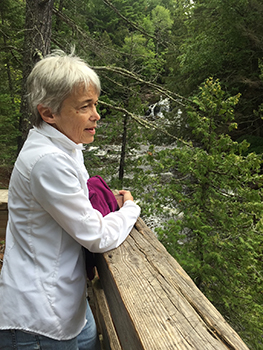 Madelyn Leopold, a retired attorney with a commitment to conservation, found her way to the Advisory Council though another body on which she serves, Madison’s Board of Park Commissioners. There, she met Sea Grant Assistant Director for Communications Moira Harrington, a fellow commissioner.

Said Leopold, “Moira always brings a broad, science-based perspective to the board discussions; it was clear that her lens was much broader than most, and I credited some of that perspective to her work with Wisconsin Sea Grant.  I was curious to know more about her organization and the work that it does.”

Leopold finds Sea Grant’s emphasis on “engaging young people of diverse backgrounds in science-based projects” especially appealing.  As she observed, “We need to broaden the community of people who care and are smart about managing our waters.”

“I’m also excited about how Sea Grant’s work engages communities and businesses in local projects where the impacts can be seen and appreciated and supported; these connections are important for expanding the public’s understanding and support of scientific research,” elaborated Leopold. Examples of this include green infrastructure efforts and rip-current safety lights at Port Washington beaches. 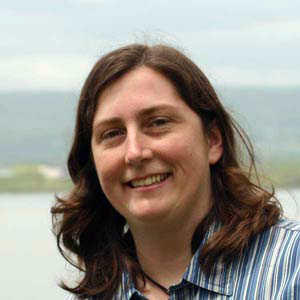 For Becky Sapper, the waters of Lake Superior are her lodestar; she has lived near them for 25 years. Based in Ashland, she directs the Wisconsin Master Naturalist Program, which in 2020 was honored with the Dave Engleson Award from the Wisconsin Association for Environmental Education. That award recognizes significant contributions to the field of environmental education having statewide, regional or national impact.

As a new Advisory Council member, Sapper looks forward to making an impact with Sea Grant as well. The organization has long been on her radar, and, in 2010 (while she was in a previous Extension role), she collaborated with several Sea Grant staff during the designation of the Lake Superior National Estuarine Research Reserve.

Sapper said she finds Sea Grant’s emphasis on both research and education/outreach compelling. “It’s important that we continue to learn more about our Great Lakes, but we also need to understand why it’s important and how that impacts local communities,” she noted.

Looking toward the future, “I’d like to see Sea Grant continue to strengthen their work with emerging issues that impact people living in and visiting our coastal communities,” she said, so that Wisconsinites continue to appreciate and value our water-rich state. 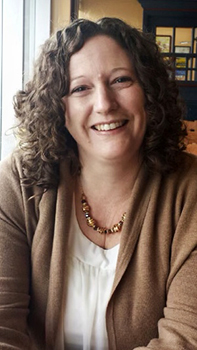 Lori Tate, of the Wisconsin DNR’s Fisheries Management Bureau, came to Wisconsin in 2009, after growing up and spending her career until to that point in Canada. A fisheries biologist, she has experience with freshwater systems, as well as some exposure to aquaculture farms.

Tate is eager to grow connections between the DNR’s Fisheries Management program and the organizations it partners with, such as Sea Grant and its sister program, the University of Wisconsin Water Resources Institute (WRI). She’s already a mentor to a postdoctoral fellow jointly supported by the Bureau of Fisheries Management and WRI (Bryan Maitland, a Wisconsin Water Science-Policy Fellow).

Said Tate, these collaboratively supported fellowships are “a great model for helping to answer research and management questions, and they provide fantastic opportunities for young scientists!”

To learn more about our new Advisory Council members, including their favorite spots on the Great Lakes, follow the Wisconsin Sea Grant blog. In the coming weeks, we will add our full Q&A’s with each new member.