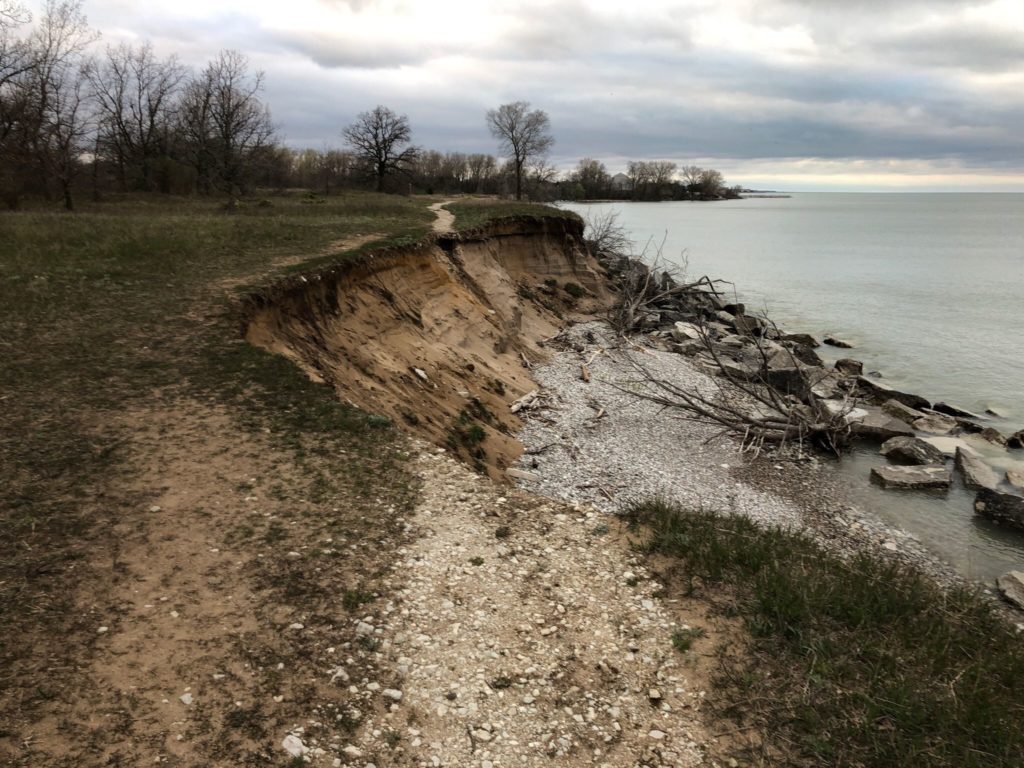 An eroded trail in the the Kenosha Dunes area. Image by Adam J.

Travel Wisconsin ranks Kenosha Dunes and its surrounding prairie number one on a list of seven scenic natural wonders in Kenosha County. Unfortunately, these sand dunes located between Milwaukee and Chicago are eroding at an alarming rate due to high water levels in Lake Michigan.

The dunes protect an ecosystem that is home to more than 26 rare, threatened or endangered plants and more than 75 bird species. People enjoy hiking and biking in the area to view the lake and the natural features.

The landowners, which are the Wisconsin Department of Natural Resources (DNR) and We Energies, added large rocks to the shoreline about four decades ago to control erosion, but boulders are no match for the onslaught of rising water levels and large waves created by heavy storms since 2014.

No doubt, erosion has been occurring on the lakeshore since the dunes were formed more than 13,000 years ago when the lake receded. But at the rate it’s occurring now, which is 25 feet per year, the water could reach the Chiwaukee Prairie Scientific Natural Area soon if nothing is done. The record-high lake levels predicted for this summer add even more urgency to the issue.

Now, a team led by Wisconsin Sea Grant researcher, Chin Wu, is looking at new solutions to the old problem of erosion. The DNR asked Wu to assess the dune erosion in 2016. 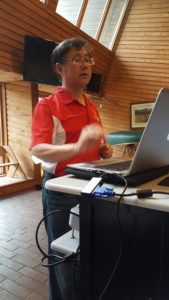 “It turned out, from 2016 to 2018, the area eroded 80 feet,” Wu said. “The eroded area just kept extending. The question became, do we want to repeat the rock revetment that was done 40 years ago, or do we want to start with a new design?”

Wu, a professor of professor of civil and environmental engineering at the University of Wisconsin-Madison, said previous studies have shown that building a revetment could erode neighboring properties, so adding more rocks to the shore was out as a solution.

Instead, the team is looking at constructing multiple submerged sills offshore to break the wave energy, and combining that with establishing vegetation to have a living shoreline that limits erosion.

“The sills would be a series of parallel submerged rock structures that wouldn’t necessarily block the waves, but would trip the waves as they come in,” said Adam Bechle, Wisconsin Sea Grant coastal engineering outreach specialist. “As the waves go over these submerged breakwaters, they reduce their energy.

“Now, we still have the issue of water levels. We’re exploring the idea of having two or three layers of these submerged sills at different elevations so that they can function at the different water levels we might see, and be a little less visually apparent than a normal emergent breakwater – which might stick out of the water around ten feet when we get low water levels again,” Bechle said.

If the project comes to fruition, it would be the first of its kind in the region. 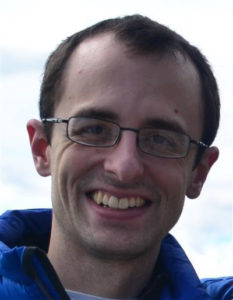 “The submerged sill approach is a really innovative concept,” said Bechle. “Having multiple layers at different elevations is something that we’ve not been aware of elsewhere in the Great Lakes. It could be a good solution to marry with the living shoreline, and do a project that protects the ecosystem and also provides some fish habitat.”

Yes, as if providing innovative erosion control weren’t enough, the sills will be designed with fish in mind.

“The idea is that these structures would be a model for other places in the Great Lakes for shoreline protection, and why not add some features to make them more fish-friendly, or at least create some new habitat for fish?” said Titus Seilheimer, Wisconsin Sea Grant fisheries outreach specialist.

Seilheimer described the lakebed off Kenosha Dunes as fairly flat and open. Adding a reef-like structure could attract fish.

“Potentially, we might see sportfish – things like brown trout might come into these reefs because of the gobies and the alewife. They key in more on round gobies than other fish species do. That could potentially interest anglers. Probably some sunfish species, rock bass, maybe smallmouth and largemouth bass and then yellow perch . . . might move into these habitats,” Seilheimer said.

The team also hopes to create an online GIS database filled with the information gathered during the project so that others could do similar projects around the Great Lakes in the future.

With funding from the Natural Resources Foundation of Wisconsin and the Fund for Lake Michigan, the project is in the design and analysis phase. The outcome will be construction-ready plans.

Of course, because of the continuing erosion, timing is crucial. Bechle describes the process. “Our team is focused on getting a design done by the end of next year. Then the challenge is implementation. The team is actively working on finding funds for that. If that’s all ready by the time the design is ready to go, hopefully, things will move quickly.”

Bechle stresses they are looking for a long-term solution that won’t need reconstruction in 40 years. “We definitely want to make sure that we’re doing it right,” he said. “Having a good, nature-based solution for the scientific and natural area is the track that has been chosen so that it provides good protection and restoration for the Kenosha Dunes habitat.”