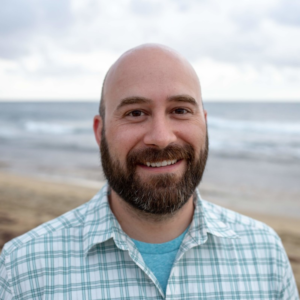 Krumwiede described how water levels are changing in the Lake Superior Basin and then narrowed his scope to the estuary. “There’s been a huge step up in water levels in Lake Superior – a continual rise over the last several years, from 2007 to 2019. We’ve basically added three-and-a-half feet of water to the surface of Lake Superior,” Krumwiede said.

However, since August of 2020, levels in the basin have started to drop and are expected to continue to lower during the next six months. “Hopefully, this is that sigh of relief that everybody’s looking for with our recent exposure to high water levels,” Krumwiede said.

More locally, the estuary is sitting at or above record-high water levels. These can be exacerbated when wind from the northeast pushes water through the Wisconsin entry and the Duluth shipping canal. Krumwiede said urban stormwater runoff together with these northeast storm events can cause high water levels all the way to the Oliver Bridge (near Oliver, Wisconsin). He showed images of erosion on Allouez Bay, Wisconsin Point and Clough Island, along with inundated boat landings.

Low water levels can be problematic, too. “Often, in those new areas that are exposed, phragmites are some of the first species to take hold, so you have to deal with invasive species work,” he said. Access to the estuary for boaters can also be impeded.

For her research project, Burgstaler monitored four bays in the estuary (Allouez, Oliver-Little Pokegema, Duck Hunter South and Walleye Alley) using water pressure loggers and trail cameras, looking for the presence of geese and water levels that exceed a threshold for healthy wild rice growth. “Wild rice is at risk of completely disappearing in habitats where it once thrived. Factors contributing to its decline are fluctuating water levels, sulfide and mercury pollution, invasive species competition and waterfowl grazing,” Burgstaler said. 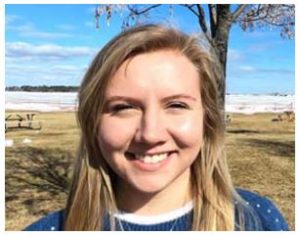 Wild rice tolerates a fluctuation range of up to six inches during the growing season and has a maximum water depth threshold of three feet. Continuous high water can “drown” the plants.

She visited the sites every one to two weeks by canoe, boat or paddleboard, to collect the camera SD cards and change batteries from June to September. She’s currently in the preliminary stages of data analysis. She’s going to compare her data with similar information collected by the Reserve and Fond du Lac Dam water release data to determine which sites are affected by seiches and water discharge from the dam. She will also compare geese counts in the different bays.

“Wild rice health is poor in the St. Louis River Estuary, but it’s still present so there’s still hope. From my preliminary data, geese may be negatively impacting wild rice survival with their browsing. Water levels in at least one bay exceeded 3 feet during the season and could impact wild rice survival. A combination of high water levels and geese may be contributing factors in the struggle of wild rice health in the St. Louis River Estuary,” Burgstaler said.

The Nov. 11 River Talk will feature Dustin Haines, research coordinator for the Reserve, who will present, “Should I Stay or Should I Go? The Clash of Wetlands With Lake Levels, Invasives and Humans.” His talk will also be via Zoom and held in cooperation with Café Scientifique Twin Ports. Join us at 7 pm: