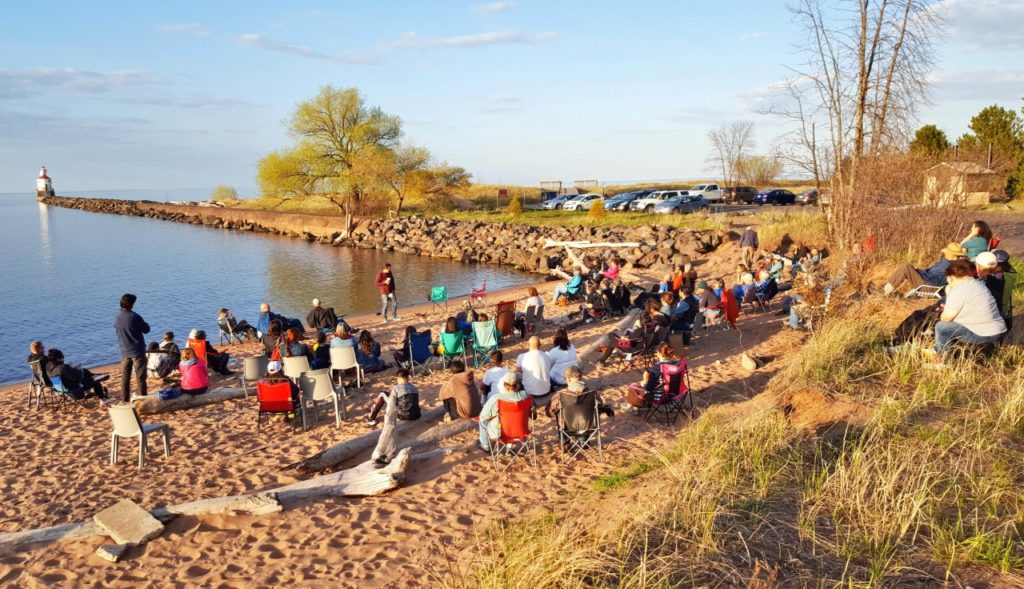 People gathered on Wisconsin Point to learn about the Ojibwe history of the area. Image credit: Michael Anderson

With the cool blue of Lake Superior and soft sloshing waves as a background, The River Talks season ended on a Wisconsin Point beach after a year of virtual presentations. Thomas Howes, natural resources manager with the Fond du Lac Band of Lake Superior Chippewa presented, “Ojibwe connection to Wisconsin Point: Past, present and future,” to an audience of about 75, who enjoyed a warm evening.

Howes said the circumstances that brought the Ojibwe to Wisconsin Point were complicated. “This place has been important to who we are as Fond du Lac people, but also this region was important to expansion of trade. You couldn’t get to the Mississippi River very easily in those days. This was Highway 35 back then. All the goods coming from out East came through the lake, through here and up the river,” he said. 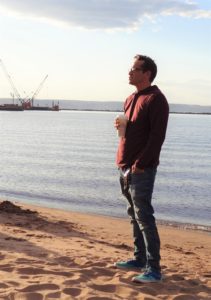 Howes described how the Ojibwe fought with the Dakota people over this area because of its strategic location. White settlers and business owners also coveted Wisconsin Point. According to the “Duluth News Tribune,” the federal government owned the end of the point since 1901, when it condemned nearly 45 acres. In 1918, the Ojibwe lost more land on the point in a legal dispute with the Interstate Railroad Co., when a small village was forcibly moved and a nearby Ojibwe burial ground was bulldozed, with remains reburied at a Superior cemetery.

“A lot of painful things happened here,” Howes said. “A lot of beautiful things, too. This place is taking care of us. All of us who are from here, it’s all part of you. All the fish that came from here, all the berries, maple syrup, manoomin, all that is part of us.”

Thirteen acres at the end of the point where the Superior Entry connects the harbor with Lake Superior, became available when the U.S. Army declared it surplus property in 2002. Howes said the tribe received the property in 2017. It includes structures previously used by the University of Wisconsin-Superior as research facilities and by the Coast Guard.

“It needs some work. The whole area just needs some love. It’s overrun and has way too many chain-link fences. There’s a lot of opportunity there. It’s a huge thing to regain that territory; it’s symbolic,” Howes said.

He recently completed a project for his master’s degree at the University of Minnesota Duluth where he developed a stewardship plan for the 13-acre parcel. When asked what ideas are in his plan he joked, “There won’t be any casinos!” But he did mention development of some sort of visitation center, efforts to manage invasive plants and to restore the ecology. He said he has handed the plan over to the tribal government for consideration.

His plan’s main goal is for the area to remain intact and natural. “The fact that it’s stayed this way is pretty amazing,” Howes said.

He also thinks the tribe should own the Ojibwe Cemetery land so that it can protect it. He cited a recent incident where people involved in a medallion hunt dug in the burial grounds while on their search.

He also said the band is interested in having “the area from the lake all the way up the river to the reservation to be considered a cultural corridor. Because it is. When there are undertakings that are significant, they should be monitored for archeological resources and reasons. This is a really rich region archeologically and it should be respected.”

The River Talks series will be taking a break for the summer. Look for talks to begin again in fall. To receive email notifications about the series, please contact organizer Marie Zhuikov at mzhuikov@aqua.wisc.edu. 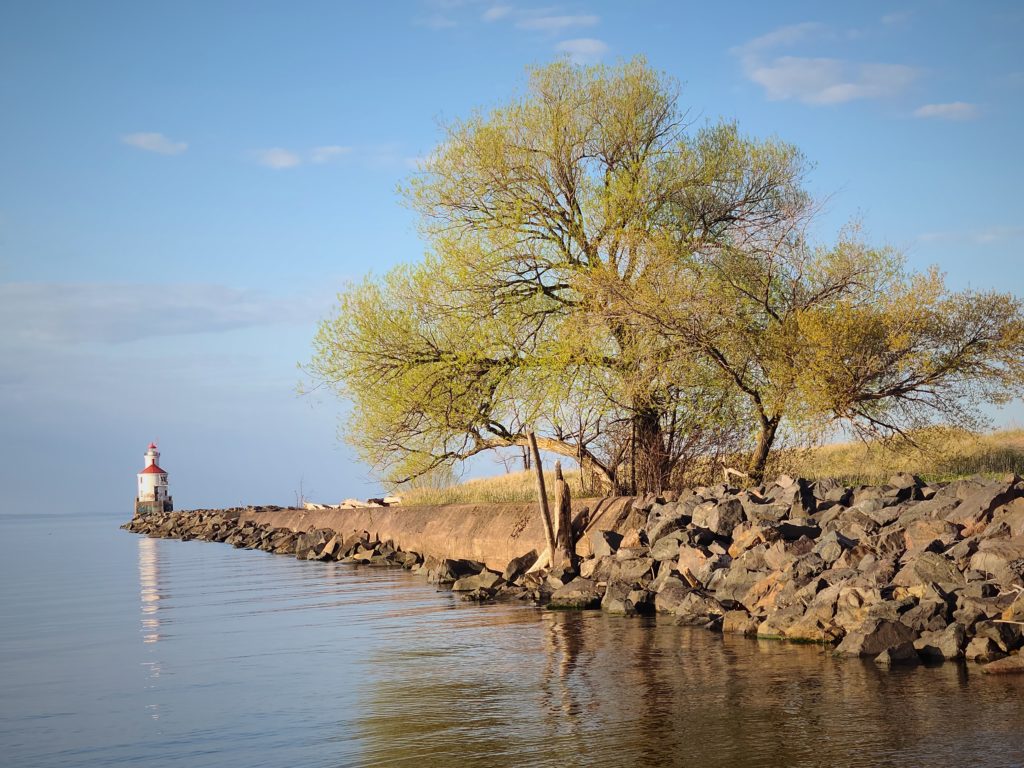