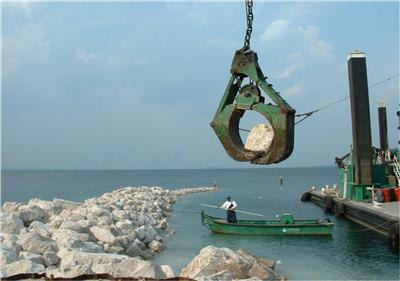 Nearly all Great Lakes ports, harbors and marinas will need to adapt to the region’s changing climate over the next few decades and beyond. Most facilities will have to adapt to potential changes in rainfall amounts and storm intensities as well as water-level changes in lake levels, and wave and erosion impacts on their structures.

We cannot say with any certainty whether lake levels will rise or fall, but either change will carry with it the need for adaptation. In addition, increased storm intensity and frequency could increase structure damage to Great Lakes ports, harbors and marinas.

This information will focus on facility structure and channel/slip depth issues but not the potential operational changes that may also be very important.

Ports, harbors and marinas are certainly subject to several potential climate change variables. Lower lake levels can increase the need for dredging to avoid bottoming out of commercial ships and recreational boats. Low water levels may adversely affect boat launches at marinas and public access points as well. Greater wave heights will be associated with higher water levels and could result in damage to port structures, harbor infrastructure and marina docks and boats at their slips. Increased storm intensities can increase the amount of stream and river sediment load that could result in greater port, harbor and marina sedimentation volumes. The high channel velocities may also re-suspend existing material that may be contaminated. 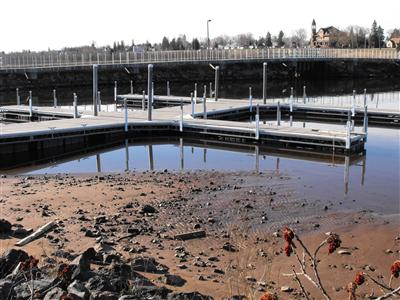 The degrees of susceptibility to these impacts will vary, whether we are talking about ports and harbors (normally large-scale commercial maritime operations with fixed-height structures) or marinas (smaller recreational facilities with smaller docks, either fixed or floating).

Unfortunately, the typical lifespan of the associated infrastructure is on the order of 40-50 years for marinas and somewhat longer for most port and harbor structures. Because of the long-term projections and those observations for the potential climate-change impacts may not been seen for several years, the majority of Great Lakes facilities rarely plan now for future events. Often, infrastructure, management and operational changes are made only when the facilities are actually being threatened or damaged.

The three major climate change impacts that are most relevant to ports, harbors and marinas are water level, storm, and precipitation and temperature changes. Water-level changes (either higher or lower) that are different than the normal ranges typically observed on the Great Lakes affect facilities in several different ways.

Lower water levels create situations in ports and harbors where ships cannot be fully loaded, may need to carry less cargo per trip, damage vessels by hitting the channel or slip bottom, require the need for additional dredging (which can create further problems with where to dispose of the additional material), can undermine the existing structure, could require modifying the dock to accommodate the change in elevation between the vessel and cargo area, may require rock scour protection at the base of the dock wall or necessitate the relocation of the entire facility.

For marinas, the potential issues with lower water levels include the need for increased dredging, the potential for boat bottoms to be damaged by the shallow depths and potential safety concerns if the dockage is at a fixed height and the vertical distance from the water level to the dock is too great. Higher water levels can impact port, harbor and marina infrastructure stability and overall strength. 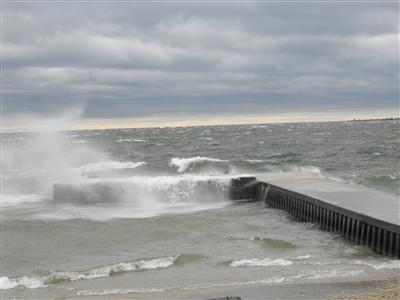 In addition to the structure issues, higher water levels can create a greater potential for flooding of critical land areas and operational structures. A climatic change resulting in the increase in storms (both severity and frequency) and increased precipitation can also have detrimental effects on ports, harbors and marinas. The increased storms can create larger waves, higher seiches and greater storm surges that can damage port and harbor infrastructure to the point of requiring rehabilitation or replacement. In addition, the storms can affect the vessel maneuverability, vessel speeds and mooring problems. In marinas, storms can damage dockage and boats while moored to those docks.

In addition to the infrastructure issues, increased storms can increase channel sedimentation or the re-suspension of existing material that may be contaminated, which would require additional dredging problems analogous to the lower water level scenarios. Storm winds may also impact vessel and boat mooring requirements and could affect some facility operations.

Lower water levels in Great Lakes commercial harbors and recreational marinas may require additional dredging to accommodate navigation. Site characterization and dredging are both costly endeavors and the process often takes years to complete. Marinas and harbors may contain contaminated sediments once considered “safe” because they were too deep to be disturbed from navigation traffic.