Where did the faucet snail come from?
The faucet snail is a European native that arrived in the Great Lakes in the 1870s. It was probably introduced via vegetation in packing crates or in ballast water.

Why is it a problem?
Faucet snails are hosts to parasites that have caused tens of thousands of deaths of diving ducks in Minnesota and Wisconsin. They can also clog water intake pipes, infest municipal water supplies and compete with native snails for resources. 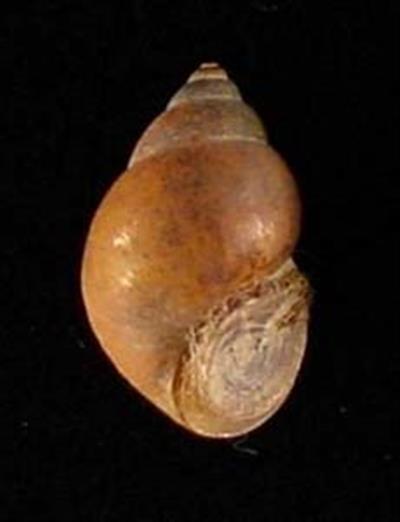 What does the faucet snail look like?
Faucet snails are pale brown and grow up to 1/2 inch long. The shells develop 4-5 whorls, and the opening is on the right when the shell is pointed up. They have an operculum that can close the opening.

How does the faucet snail spread?
It spreads by attaching itself to boats, trailers, fishing equipment, aquatic plants or mud, and it can also live in the water of livewells, bait buckets and bilges.

How do we control it?
Populations of faucet snails can be difficult or impossible to eradicate, so preventing the establishment of a new population is important. Always follow the clean, drain dry process to avoid spreading the snails to uninfested waters.

What habitat does it prefer?
The faucet snail enjoys freshwater ponds, rivers and lake bottoms, and it attaches to objects in the water. It prefers stable water levels and migrates to muddy zones in the fall.