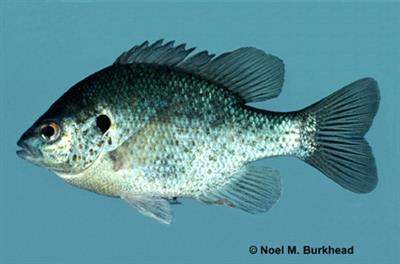 Why is it a problem?
Both the native pumpkinseed (Lepomis gibbosus) and the redear sunfish are highly molluscivorous (mollusk eating). The redear sunfish has greater crushing power and is able to eat more of the snails both species need for food, which causes large reductions in pumpkinseed populations–not to mention snail populations.

What habitat does it prefer?
The redear sunfish thrives in ponds, marshes and lakes with muddy or sandy bottoms. It is found in areas with slow-moving water rich in vegetation.