Where did the rainbow smelt come from?

Rainbow smelt are native to the Atlantic Coast and Lake Champlain. They were stocked in Crystal Lake, Mich., and escaped from there to the Great Lakes. 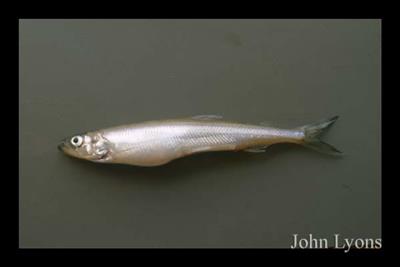 Rainbow smelt prey upon many native game fish, including lake trout, cisco, whitefish and walleye. They contributed to the extinction of the blue pike.

How does it spread?

This fish may be spreading to inland waters as a result of illegal stocking or release of live bait.

What habitat does it prefer?

Rainbow smelt thrive in clear, cool, deep lakes. Although they spend most of their time in deep water offshore, they spawn in early spring along shorelines, rivers and streams. They often school in open water in summer.