When Wisconsin adopted its first-ever statewide plan for the management of aquatic invasive species (AIS) in 2002, times were different. The era of buying nearly anything online had not yet peaked. Said Wisconsin Sea Grant and Division of Extension AIS Outreach Specialist Tim Campbell, “Now, anyone at any time can, with a little effort, get anything they want online. That’s a potential big invasion pathway for AIS that didn’t even exist in our 2002 plan.” 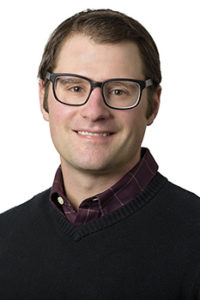 To keep up with changing times and a variety of emerging invasion pathways, Wisconsin’s statewide AIS plan has been revised and updated. (Find the new plan on Wisconsin Sea Grant’s publications website, where you may view or download it free of cost.)

Wisconsin Sea Grant staff worked on the plan along with staff at the Wisconsin Department of Natural Resources (DNR) and the University of Wisconsin-Madison Division of Extension. Organizations like the Wisconsin Lakes Partnership and the River Alliance of Wisconsin provided input as the plan was being written. Public input was also sought.

Local AIS partners and county coordinators played a key role in developing the plan by serving on the core planning team and participating in work groups at the Wisconsin AIS Partnership meetings that Campbell plans as part of his position.

The 2019 plan reflects newer invasion pathways, like the Internet sale of fish or plants, that can threaten Wisconsin’s waterways and ecosystems. On a positive note, it also reflects new control options, technologies and partnerships that help fight the spread of AIS.

“The landscape has really changed, and we needed a new plan to reflect that,” said Campbell. “For example, in 2002, we didn’t have our network of local AIS partners to help us implement prevention programs. Now, many of Wisconsin’s counties are served by an AIS coordinator who can train volunteer watercraft inspectors and help local groups apply for DNR surface water grant funding. Our future efforts will build on the capacity we now have.”

One of the most notable changes is that the new plan emphasizes pathways of invasion, rather than specific species. In the updated plan, said Campbell, “We have followed the lead of the Michigan and Lake Superior prevention plans in adopting a pathways focus.” 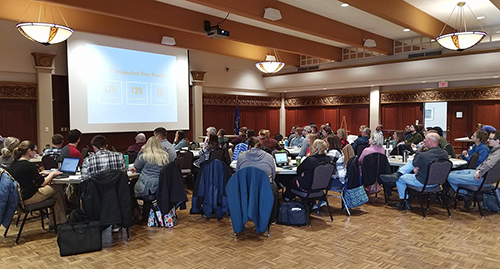 At planning meetings, stakeholders were able to provide input on the plan as it was being developed.

A pathways-based approach makes sense, he said, because “The species we are most concerned about can change often, but the pathways we are working with rarely change. Addressing pathways can prevent the spread of many aquatic invasive species.”

As an example, Campbell noted that starry stonewort does not appear in the 2002 plan, but the macroalgae has been found in 10 waterbodies since 2014, causing concern among many stakeholders. A continued focus on limiting risk from ballast water and recreational boating—starry stonewort’s likely means of introduction and spread—will prevent the spread of many species, not just starry stonewort.

For questions about the new AIS management plan, or to get connected with AIS resources in your area, contact Tim Campbell.