Script will soon be available for others to use 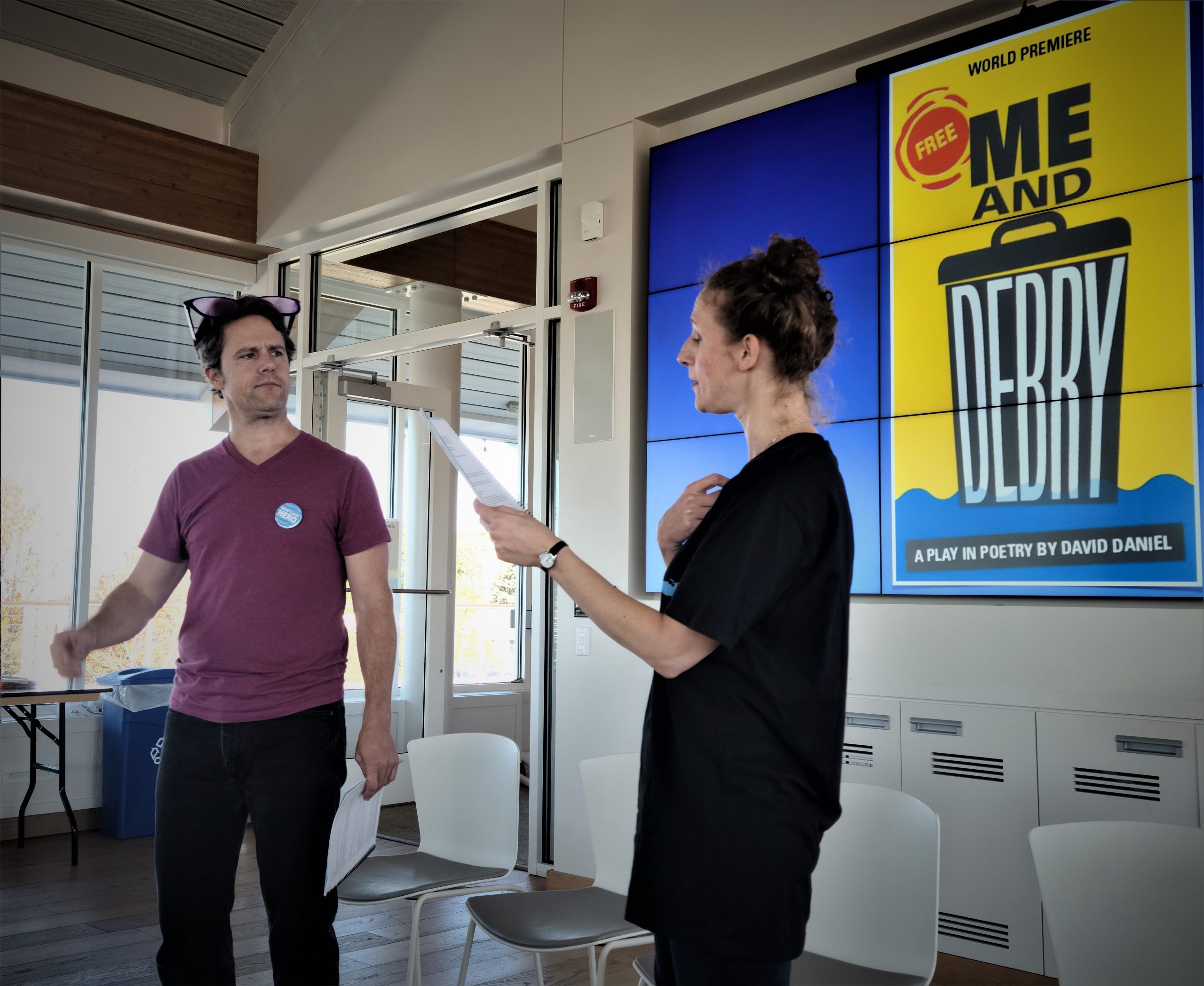 What empowers people to help the environment and rhymes at the same time? Answer: “Me and Debry,” a half-hour, whimsical, audience-participation play about litter (marine debris) in the Great Lakes.

The play had its “world premiere” in Wisconsin’s Door County in October before a full house at the town library in Egg Harbor. Starring in it were two local actors: Cassandra Bissell and Neil Brookshire. They live just two blocks away from the library and the play was for a good cause, so lending their talents to it, “seemed like a no-brainer,” said Bissell.

Brookshire said he was drawn to the play because his father was an environmental economist who specialized in water resources research and his mother worked for the U.S. Fish and Wildlife Service. “So, I have a personal family history of being aware of these kinds of issues and information. One of the reasons we live up here is we like nature. We like the water, so we naturally want to do anything we can to spread awareness to keep it clean.” 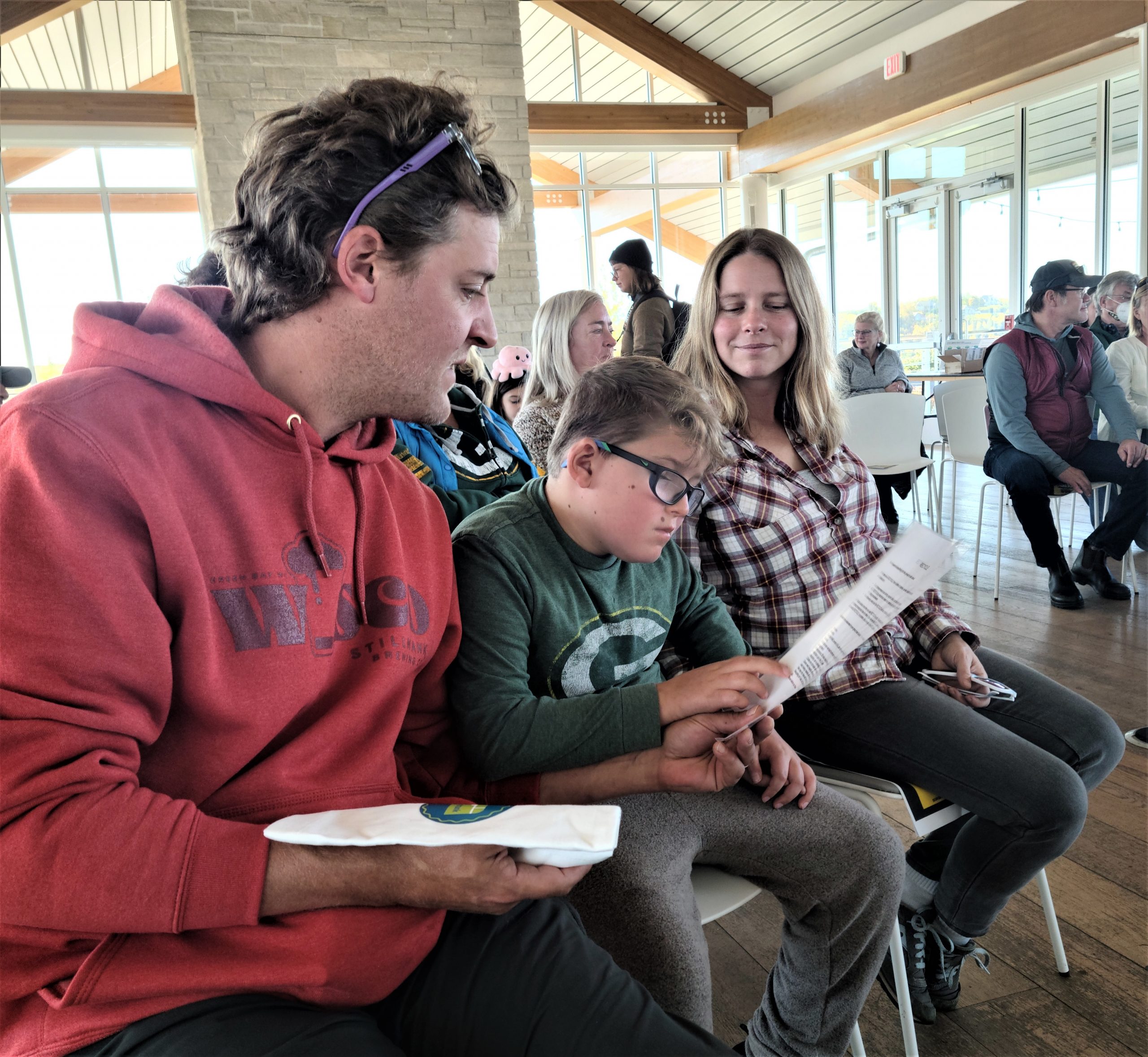 The actors described the play, produced by David Daniel with American Players Theater, as an “information play” and their parts as vaudevillian characters who banter with each other to lighten the subject matter and make the information easier for the audience to take in.

“I’m Jerry Bardo Apam Napat Sesquipedalian Cornelius Watershed Dubry,” said Bissell. “And in the vaudevillian act of the duo, I’m the really long-winded talky one. And Neil is…”

“He’s much more to the point and has fewer words,” Bissell said.

Brookshire highlighted the play’s audience participation, which includes prewritten parts for a kayaker, young person, crane and fish. “Any time you involve an audience, people are going to remember better because it wasn’t just something they observed, it was something they participated in.”

The project was led by Wisconsin Sea Grant’s Education Outreach Specialist Ginny Carlton, who described the variety of marine debris. “It’s a solid found in our waters. It’s not perhaps the most common pollutant that you think about when you think of pollution in our waters. It’s not oil slicks on the water. It’s these solid things that can be really tiny – like microplastics – or really big – like derelict fishing vessels.”

Carlton described the performance as “Wonderful. The actors really brought it to life with all the different nuances they added.”

After the play, audience members visited learning stations around the room that featured art and science activities involving marine debris. These included experiments to determine different types of microplastic pollution, a table with information about Milly Zantow, who helped create Wisconsin’s recycling mandate, and a station where people could decorate their own reusable tote bag. 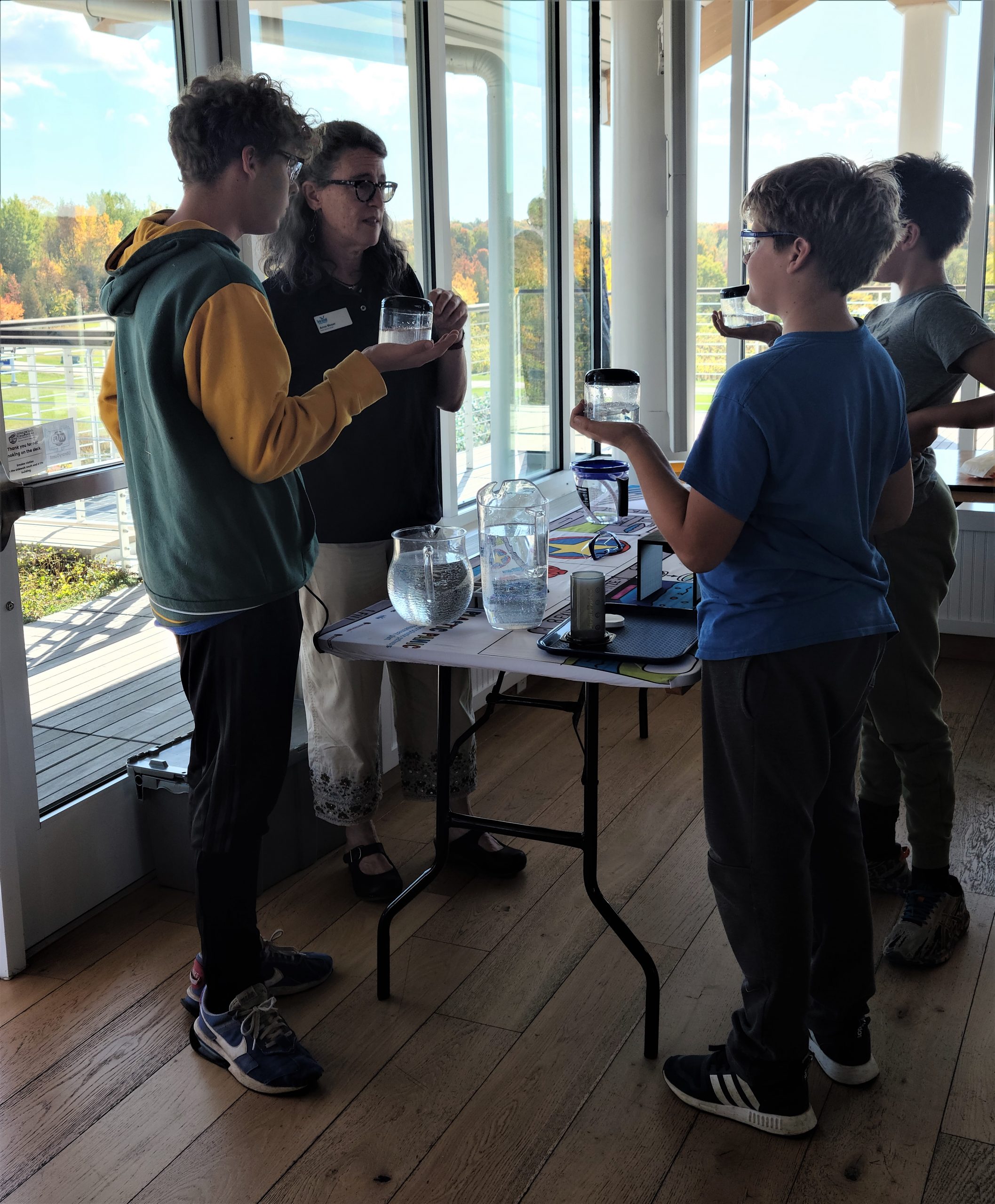 Carlton said the play will be performed again next spring with the Gilmore Fine Arts Middle School in Racine and that the script will soon be available for other groups to perform.

Besides environmental messages, the play instills a sense of hope and empowerment in the audience.

“Now we know how we can help,” said Brookshire playing his Beck character. “You and I right here can always make a difference.”

“You are the difference,” said Bissell playing her character. “You’re what our watershed needs! One who knows their actions have impacts on the land and the inland sea.”

“Me and Debry,” (pronounced “debris”) is part of a two-year project funded by Wisconsin Sea Grant with grants from the National Sea Grant College Program, National Oceanic and Atmospheric Administration Marine Debris Program, U.S. Department of Commerce, and the state of Wisconsin.

The project, called, “The Play’s the Thing: Using Drama as an Introduction to Marine Debris Prevention and Meaningful Stewardship Experiences” harnesses the power of storytelling to engage, educate and inspire performing artists and community members to be committed stewards of their Great Lakes watershed. In addition to the performance, the project includes marine debris prevention workshops, cleanup events, and public outreach and education activities. 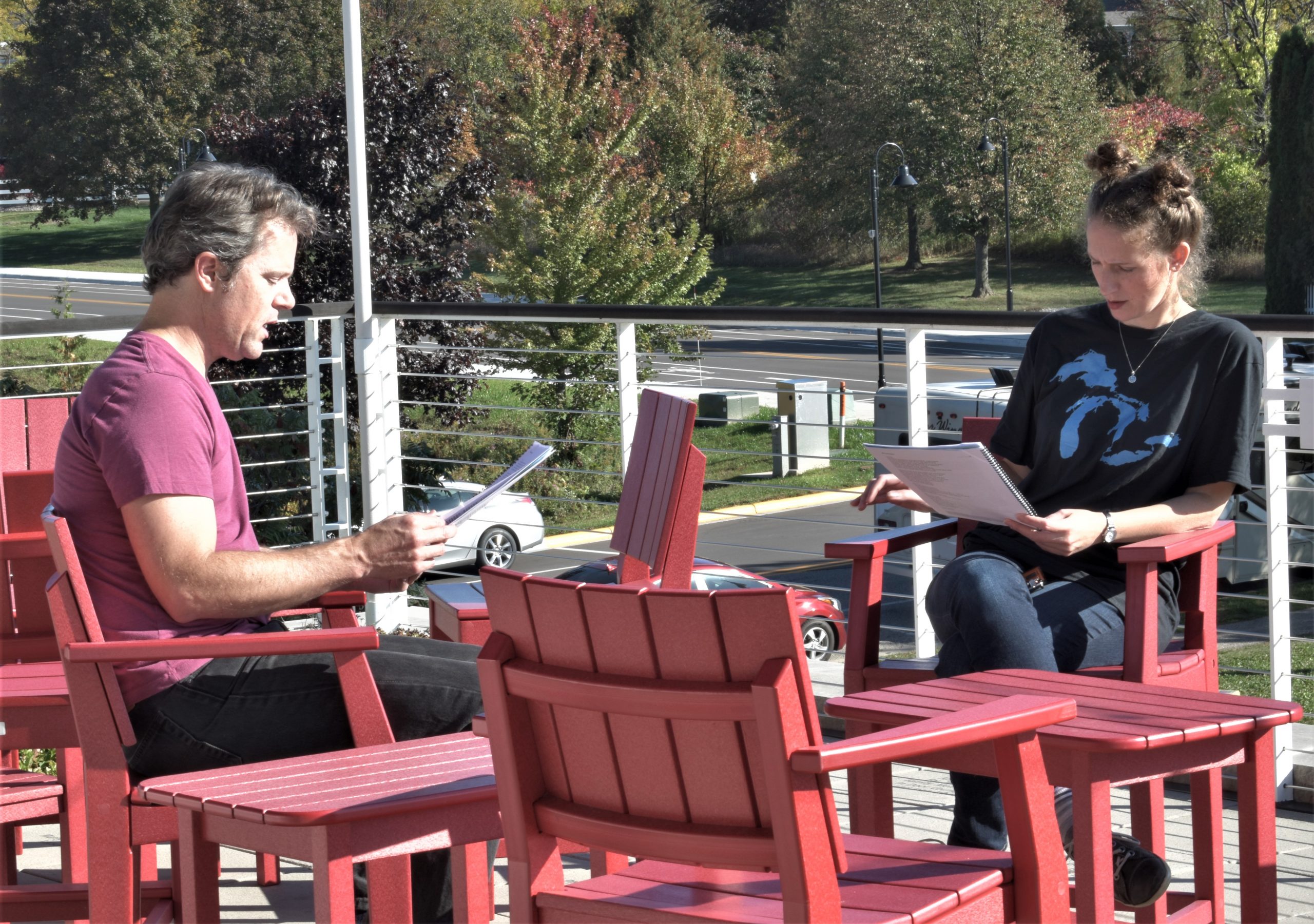