Today, the winners of the global Circle of Excellence Awards were announced. Wisconsin Sea Grant captured a silver award for Voices of the Coast, Mary Lou Schneider in the category of video on a shoestring.

The awards of the Council for Advancement and Support of Education annually showcase outstanding work in academia’s advancement services, alumni relations, communications, fundraising and marketing and are open to professionals working at member colleges, universities, independent schools and their affiliated nonprofits around the world. 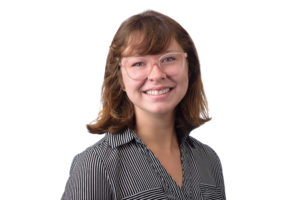 ‘m so glad I was able to highlight Mary Lou Schneider as part of the Voices of the Coast series,” said Bonnie Willison, Sea Grant’s digital media producer. “Voices of the Coast is built on connections that Wisconsin Sea Grant staff have made with stakeholders. Our education lead Anne Moser was able to introduce me to Mary Lou, and Mary Lou welcomed us into her colorful home for this video, which highlights Wisconsin’s natural resources and an inspiring woman who has made her mark on a Wisconsin tradition.”

The 86-year-old Schneider is a folk artist who carves wooden lake sturgeon decoys, and hunts and fishes herself. Her story acts as a microcosm for Great Lakes conservation stories.

The award competition attracted 2,752 entries from 587 institutions in 28 countries. Willison’s silver award is one of 146 that was conferred in categories like website design, writing and graphic design of publications.

The judges wrote, “A well-crafted, almost documentary-style video on a community adventurer with a quirky and colorful life story. The video does a fantastic job of serving as a portrait of a familiar community face, while also adding to the library of stories that support the University of Wisconsin’s Sea Grant College Program. The narrative adds to the overarching commitment of science-based stewardship and serving the community.”