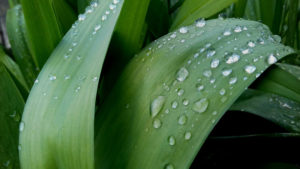 A Wisconsin Sea Grant-funded project has helped improve the state’s capability to test for PFAS (per- and polyfluoroalkyl substances) and led to the discovery of their widespread presence in rainwater across the country.

The project is led by Martin Shafer, senior scientist with the University of Wisconsin-Madison School of Medicine and Public Health and the and Wisconsin State Laboratory of Hygiene (WSLH). Shafer is also a principal researcher with the National Atmospheric Deposition Program (NADP), the nation’s longest-running program for monitoring the chemistry of precipitation, which is housed at the WSLH.

Shafer said the presence of PFAS in everything from the food supply, personal care products, lakes and the atmosphere is a “growing crisis.” PFAS exposure is linked to human health concerns, including compromised immunity, low birth weight, endocrine disruption and cancer. 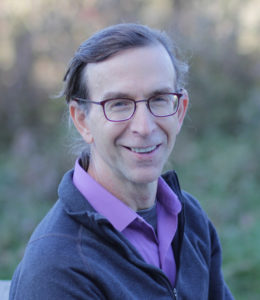 “Everyone in the world, including those in northern Canada and remote regions, all have substantial levels of PFAS in their bloodstreams,” Shafer said. “Some people believe PFAS are a significant threat to human health.”

These chemicals get into the environment from point sources like firefighting foam and industrial processes. Shafer said an estimated 4,500 to 5,000 PFAS compounds exist, but federal regulations currently only target two: PFOS and PFOA.

With help from the Sea Grant funding, the WSLH can now measure levels of 36 PFAS compounds, which is the highest available in the state. “Two other labs in Wisconsin can test for PFAS, but they can’t offer the breadth of compounds nor the breadth of matrices that the state lab can,” Shafer said.

Rainwater is another source of PFAS that, until recently, has received limited study. In his researcher role with the federal NADP, Shafer is in an ideal situation to study the cycling of PFAS in the atmosphere and rainwater deposition.

Precipitation samples from 263 sites of the NADP National Trends Network across the country “appear” on his lab doorstep every weekday. Studying samples from 31 of those sites, Shafer found measurable levels of PFAS in almost all, some up to four or five nanograms per liter.

“Considering that Wisconsin just promulgated an action level of two nanograms per liter and a regulatory level of 20 for PFAS, that’s not insignificant,” he said. “We showed that deposition from rainfall events integrated over a year could represent and supply a large fraction of PFAS loading to large lakes, and similarly, to terrestrial environments that are not receiving any other point-source loadings of PFAS.”

Shafer presented his rainfall study results at the American Geophysical Union meeting last fall in San Francisco, which resulted in media interest from outlets like “The Guardian,” and The Weather Channel. The U.S. Environmental Protection Agency also took note and will be using these data in their deposition models.

Shafer is now gearing up to study the role of wastewater treatment facilities in disseminating PFAS. Sea Grant is funding a graduate student to work on this project and the Wisconsin Department of Natural Resources (DNR) is providing funding for analysis at the WSLH. Samples of wastewater influents, effluents, biosolids and air emissions will be collected and analyzed.

Because the wastewater treatment facilities collect and concentrate wastes from many different sources, Shafer is concerned that they could unwittingly be a point-source for PFAS pollution. Spreading biosolids produced at the treatment plant on agricultural fields could result in further dissemination with potential for contamination of water resources and crops.

With funding and collaboration with the DNR, Shafer will also be studying how PFAS are distributed and transformed in the atmosphere. He will be collecting PFAS precipitation samples from seven NADP sites in Wisconsin for a three-and-a-half-month period, every week.

“That will be one of the more intensive studies of PFAS done anywhere,” Shafer said. He’s also working with several northeastern states to establish a similar project.

“We need to understand what is driving the distribution pattern of PFAS in the atmosphere — what compounds are contributing to the load, how can we fingerprint sources – a whole list of things where further work would need to be done,” Shafer said.