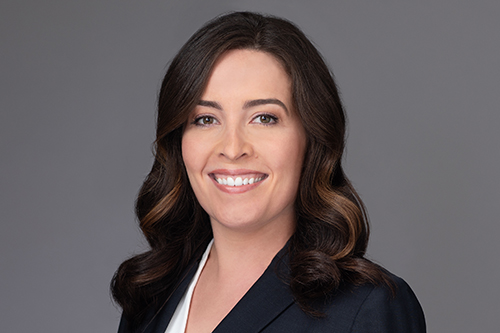 For some, economists and fish might not seem to fit together. But for UW-Madison alumna Dr. Jennifer Raynor, her role as a research economist with NOAA Fisheries gives her a chance to apply her unique perspective to challenges that are both economic and environmental in nature.

Based at the Pacific Islands Fisheries Science Center in Honolulu, Raynor examines the sustainability and economic viability of commercial fishing in Hawaii and the U.S. territories of the Pacific Ocean.

She credits the bluefin tuna with first sparking her interest in this intersection of economics and fisheries. More than a decade ago, she says, “I stumbled across a news article about bluefin tuna. Their migrations used to be this epic, massive event, the way American bison used to be out on the Plains, but now these species are decimated [due to overfishing]. It really disturbed me, the way we keep repeating the same mistakes.”

Now, Raynor helps others strike a balance between human wants and needs and sustainability. “Fisheries are the perfect place for economists to make a difference on these kinds of problems because these species are economically valuable, and they’re important to people. If they become depleted, it’s going to become a problem not just ecologically, but economically.”

Raynor’s graduate school experiences in Wisconsin helped shape her career path. While on campus, Raynor worked on a Wisconsin Sea Grant-funded research project with Dan Phaneuf, the Henry C. Taylor Professor of Agricultural and Applied Economics. That project, from Sea Grant’s 2014-16 funding cycle, looked at the economic benefits of the Lake Michigan sport fishery in Wisconsin.

Specifically, how would certain changes—in both management decisions and ecological factors—affect what kinds of fishing trips recreational anglers might take, and where? How much would they be willing to spend on a particular fishing trip, given what they might be likely to catch?

Her experience on this Sea Grant study brought Raynor into contact with Wisconsin Sea Grant fisheries specialist Titus Seilheimer, staff at the Wisconsin Department of Natural Resources and members of sport fishing associations.

Said Raynor, “We wanted to make sure that what we were doing was realistic, valuable and policy relevant, in line with what people really participating in this fishery are interested in knowing.”

Raynor completed her Ph.D. in 2017 and, in September of that year, began her current role as a research economist at NOAA. Lately, she’s been using statistical techniques to predict hotspots for the bycatch of endangered species.

For example, sea turtles, most of which are endangered, are being accidentally caught while commercial fishers are trying to catch other species. Raynor serves on a project that is analyzing two main components:  environmental drivers of sea turtle behavior (which might predict where bycatch hotspots will occur) and the socioeconomic side of this issue.

Big-picture questions that Raynor is looking at include these: Once hotspots for bycatch are identified, what would happen if those areas are closed to commercial fishers? Is there a large economic loss, or can fishermen fish elsewhere without detriment to their livelihoods?

As she formulates her approaches to issues in the commercial longline fishery, Raynor takes the skills she learned at UW-Madison, including her experience with Sea Grant, to balance the interests and priorities of a variety of stakeholders.

Said Raynor, “If you want to make an impact on these issues, you need to be realistic about what people’s priorities are. Knowing those priorities gives you an opportunity to make an argument that people care about that, therefore, will be effective.”