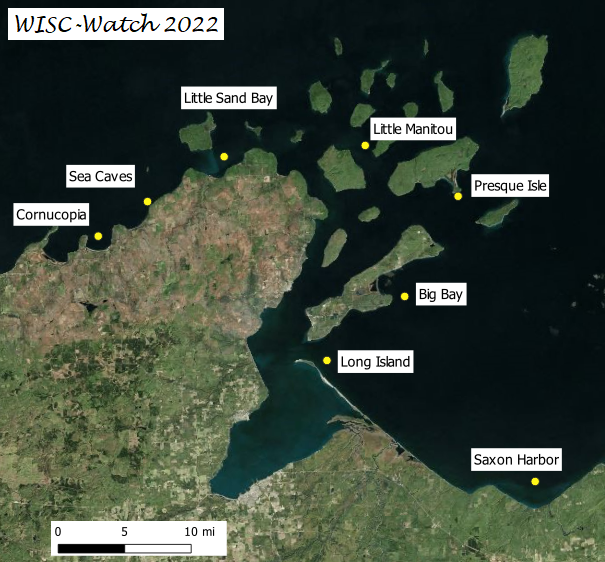 A map of location for the Wisc-Watch bouys for the 2022 season in the Apostle Islands National Lakeshore. Image credit: Josh Anderson, University of Wisconsin-Madison

Several buoys that provide real-time wave condition information for the WISC-Watch Project (https://go.wisc.edu/7y2x4o) in the Apostle Islands National Lakeshore to aid with paddler and boater safety have been moved to new locations this summer based on user feedback, and the placement of others has been adjusted.

WISC-Watch stands for Water Information for a Safe Coast Watch. In 2021, seven spotter buoys were deployed throughout the islands, plus Chequamegon Bay near Ashland and Siskiwit Bay near Cornucopia. The buoys monitor wave height, water temperature and wind information. Conditions around the 22 Apostle Islands vary dramatically due to sheltering effects from the archipelago and rapidly changing winds and fast-moving storms.

The scientific data collected by the buoys is being used by University of Wisconsin-Madison researchers to make nearshore wave and current forecast computer models more accurate so that in the future, buoys won’t be needed. 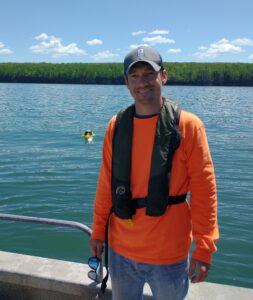 Josh Anderson, assistant scientist at UW-Madison’s Department of Civil and Environmental Engineering said major changes include removal of the buoy that was in Chequamegon Bay. It will not be part of WISC-Watch this year because it was associated with a different project, which is complete. The Devil’s Island buoy was moved to just off Manitou Island. A buoy was added to Madeline Island near Big Bay State Park.

Minor adjustments include the movement of the Sand Bay buoy to closer to Little Sand Bay. The Stockton Island buoy was moved from the more sheltered Julian Bay to just off the Presque Isle Peninsula so that it’s exposed to more waves.

“I compared the data from the buoys last year to our wave model,” Anderson said. “The model was accurate at five of the seven locations. After we collect a couple more years of data in more areas of the Apostles, that will help make the wave model more accurate. The winds are the problem. All the wind fields that we use to drive the wave models don’t reflect all the funneling of the wind through the island channels. We’re working on that.”

The WISC-Watch team has also developed a 15-minute public survey (bit.ly/3PU5fPZ ) to assess and evaluate the best ways to communicate real-time wave information. People ages 18 and older are encouraged to participate. Experience in the Apostle Islands National Lakeshore is not required. 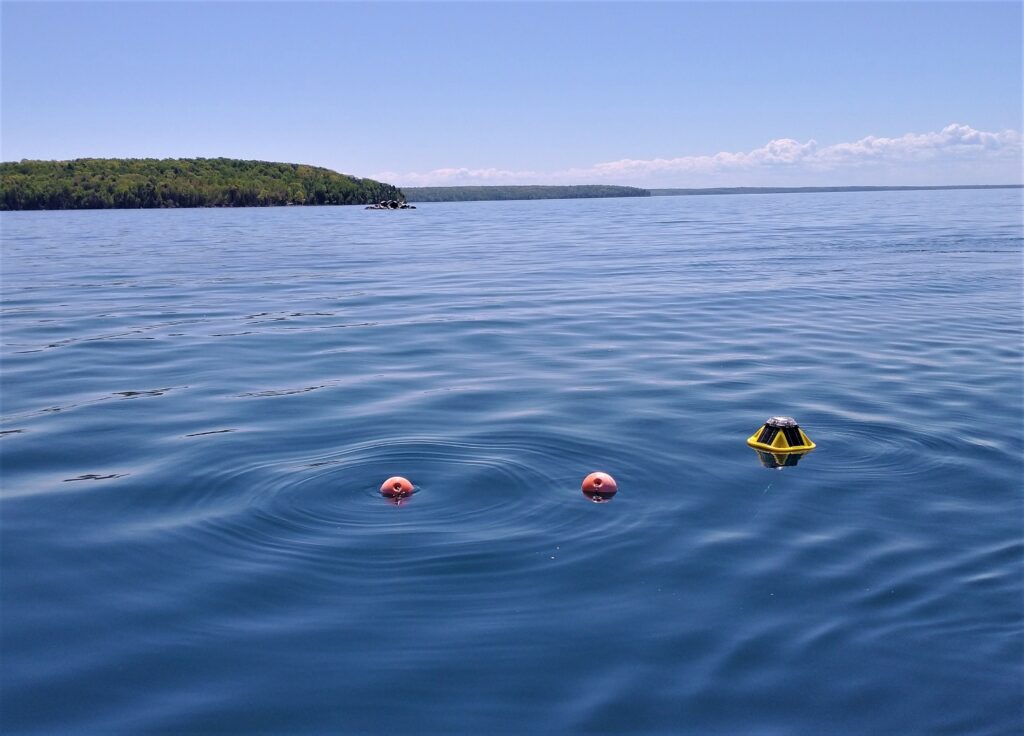