For three decades beginning in the 1950s, seven Fox River Valley paper mills manufactured or recycled carbonless copy paper. Like so many processes and products of the modern world, carbonless copy paper represented human ingenuity. Multiple copies of documents could be created at a single stroke and the paper ensured information accuracy because no errors would be made as a result of marking up documents one by one. 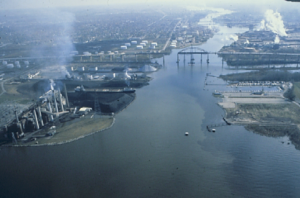 Yet, like some other modern innovations, carbonless copy paper left a dark legacy. It came in the form of 125 tons of polychlorinated biphenyls (PCBs) released in the production process, which contaminated 11 million cubic yards of Fox River sediment.

At the time, PCB use was unrestricted because the deleterious health effects—as a probable carcinogen, according to the U.S. Environmental Protection Agency (EPA), as well as impacts on the nervous, immune, circulatory and endocrine systems—were unknown. PCBs also affect wildlife and fish. Since 1976, there have been PCB-based fish consumption advisory notices for the Fox River and Green Bay system. In 1976, the EPA banned the manufacture of new PCBs.

Now, fast forward to mid-November of this year. On a date to be determined, the carbonless copy paper and PCB story that began in the 1950s comes to a close. After 15 years and $1.2 billion expended, the contaminated-sediment cleanup effort that also relied on ingenuity—science-based ingenuity—will conclude.

Both Sea Grant and its sister program, the University of Wisconsin Water Resources Institute (WRI), contributed research prowess that informed the cleanup effort. For WRI’s part, it involved researchers validating the supposition that dredging contaminated sediment would prove an effective mitigation approach.

Sea Grant’s pivotal science investigations with an influence on the PCB cleanup can be traced to the discovery of DDT and PCBs in Great Lakes fish in the late 1960s. Those discoveries spawned a Green Bay-specific research program that focused on the questions of the sources, persistence and effects of nutrients and toxic contaminants in the lakes. The work had been vital to the development of analytical methods, data and expertise on the sources and behavior of PCBs in Great Lakes water, sediments, wildlife and fish, and their health effects on people who eat the fish.

The availability of these methods, data and expertise was the primary reason why the EPA selected the northeastern Wisconsin ecosystem for a groundbreaking five-year, $12 million Green Bay Mass Balance Study that ended in 1993. The study represented the first attempt anywhere on the globe to account fully for every source, all modes of transport and the various fates of a toxic industrial chemical contaminant in an ecosystem. It involved government and university scientists, including Sea Grant. 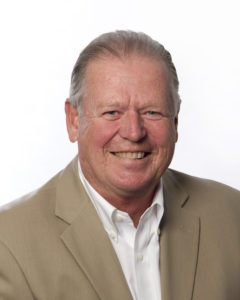 At the time of the study’s release, former Sea Grant Director Anders Andren at the University of Wisconsin-Madison said, “Sediment processes play the key role in determining the fate of PCBs in aquatic environments. We’re pleased that UW Sea Grant research made a critical contribution to this landmark study.”

By the late 1990s and early 2000s, according to the EPA, the majority of the original Fox River PCB-laden discharge had already entered Green Bay. On average each year, 600 additional pounds was moving from the river to the bay.

Here again, Andren stepped in with empirically grounded advice: In order to have a clean bay and Lake Michigan, the river must be clean.

“In the early 1990s, it appeared that the concentrations of PCBs in Green Bay surface sediments were declining reasonably quickly. It looked like the bay might clean itself in perhaps a few decades,” Andren said in 2003.

He continued, “New research shows that sediment concentrations are not much different from what they were a decade ago because the Fox River continues to add PCBs to the bay.” His study, completed with two fellow researchers, showed sediments laced with PCBs flowing out of the Fox River had increased the mass of PCBs in Green Bay 15 to 30% since 1990 and based on 100 sampling sites.

In and around releases of study findings, responsible paper manufacturers, citizen groups, scientists and management agencies conducted numerous conversations about risk assessment, and analyzed cleanup alternatives and/or environmental engineering design work. Some wanted to cap the sediments in place, others said to dredge.

In a 1998 interview with the Green Bay Press Gazette, respected University of Wisconsin-Green Bay professor and now Sea Grant Advisory Board member H.J. “Bud” Harris stressed that science could lead the way in breaking the gridlocked discussion about whether to dredge or not. He acknowledged that while science does not provide all the answers, it does offer direction. He noted the paper mills had been choosing to exploit uncertainty surrounding dredging and use it as an argument against the practice. “Dredging will disturb things but the point of the matter is that dredging will remove the mass of PCBs,” Harris said.

The Wisconsin Department of Natural Resources (DNR) eventually proposed six cleanup strategies involving versions of dredging or capping. A suction dredging method prevailed and the approach began in earnest in 2009. It will wrap up in November and come in at a cost of a $1.2 billion. It’s been termed the largest PCB cleanup in the world.

The most contaminated spot, between the De Pere Dam and the bay, contained 86% of the river’s PCBs and that’s where the final leg of the cleanup took place. Just prior to completion, 10 miles of piping stretched from the river to a processing plant where water has been squeezed out of the sediment, cleaned and returned more pristine than when it left.

No sediment has been returned to the river. If it has been cleaned sufficiently to have only a low level of remaining PCBs, it was beneficially reused. Sand from the river, for example, helped rebuild state highways 42 and 29. If the sediment still contained risky PCB levels, it headed to a secure landfill in the form of pressed cakes. The disposed amount will end up totaling more than 150,000 truckloads, enough to fill Lambeau Field seven times over.

Since river mitigation got underway, the fish population has improved noticeably. This fall, a DNR spokesperson said PCBS have declined 98% in gizzard shad, 88% in carp, 68% in the prized game fish walleye and 65% in smallmouth bass.

Along with the paper mills, other entities working directly on cleanup have included the EPA, DNR, U.S. Fish and Wildlife Service, National Oceanic and Atmospheric Administration and the Menominee and Oneida tribes. Others who contributed expertise include the Wisconsin Department of Health Services and the Agency for Toxic Substances and Disease Registry.

Looking toward the future, the DNR said it will continue to monitor PCBs for the next 30 years. For Sea Grant, the experience continues to shape investments in the Fox-Wolf-Green Bay ecosystem. 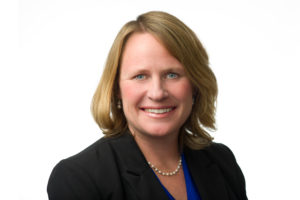 “What happens in the river, affects the bay, affects Lake Michigan and eventually all of the Great Lakes,” Research Director Jennifer Hauxwell.

“Sea Grant in 2019 owes much to the scientists of the 1960s through the 2000s. Their efforts were foundational. Bud Harris, for one, remains a highly valued voice about the need to continue investing in the Green Bay ecosystem. What happens in the river, affects the bay, affects Lake Michigan and eventually all of the Great Lakes.

“Our most recent research portfolio was shaped by a specific call to attend to emerging contaminants, as well as to attend to Green Bay,” said Jennifer Hauxwell, Sea Grant associate director who is responsible for setting a research agenda. “The massive Fox River PCB cleanup operation, soon to be completed, is only made more successful when Sea Grant continues to bring its scientific firepower.”