In a study recently published in the journal, “Aquatic Toxicology,” researchers found that while concentrations of the herbicide fluridone similar to those used when it’s applied to lakes to control Eurasian watermilfoil and hydrilla did not kill fathead minnows, it can impact fish health in more subtle ways. 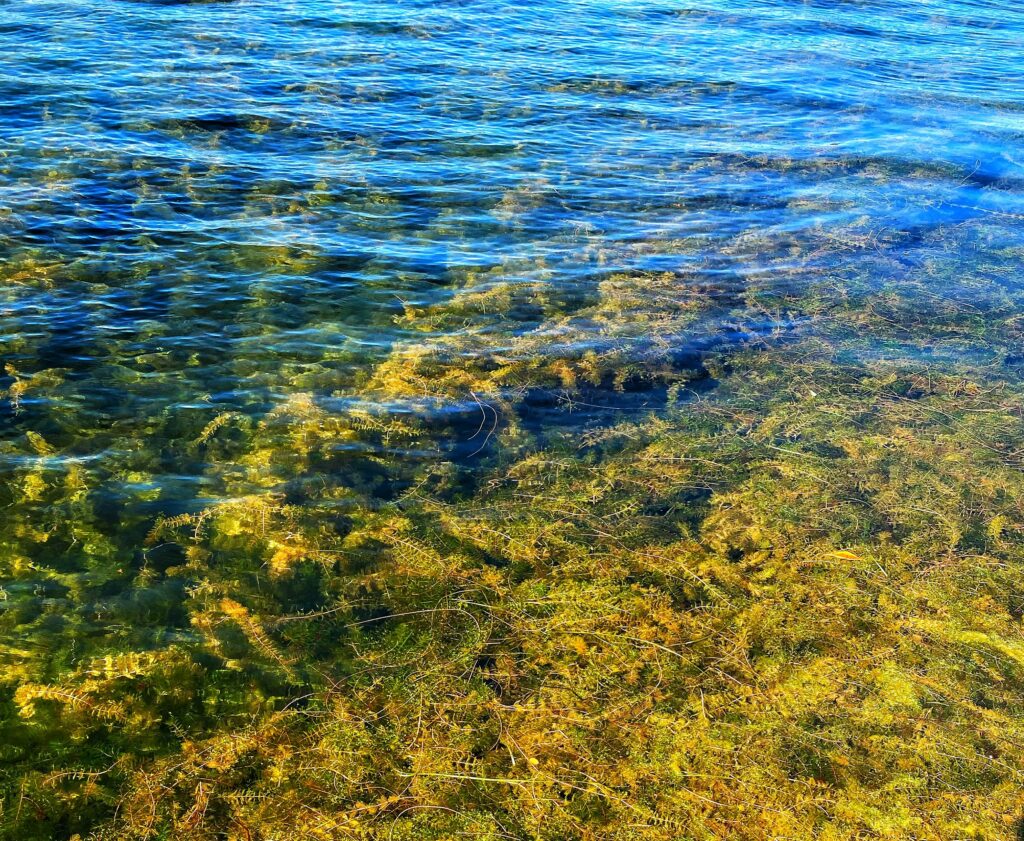 “The good news for fluridone is that it didn’t really have any impacts on survivorship or even on fish growth, which was to be expected. But when we looked at some of the more sensitive endpoints, particularly prey capture and endocrine disruption, we see that at certain concentrations there seems to be an impact,” said Gavin Dehnert, research team member and Wisconsin Sea Grant’s emerging contaminants scientist.

Fluridone is one of the major active ingredients in commercial aquatic herbicides. It affects the entire plant by inhibiting its ability to photosynthesize, which eventually leads to death. The Wisconsin Department of Natural Resources (DNR) is interested in using herbicides containing fluridone as an alternative to those containing 2,4-D, which preliminary research has found can be toxic to fish.

Dehnert said that before commercial use, the Environmental Protection Agency (EPA) mandates testing of fluridone to ensure it does not impact fish survival and growth parameters such as length and weight. This testing is done with very high concentrations and recommendations are derived.

“The problem is, they (the EPA) rarely test the actual lower concentrations that they say are safe for the lake,” Dehnert said. “That’s usually a big question mark. It’s like, well, they just said it was safe, but is it actually?”

The research team, led by William Karasov with the Department of Forest and Wildlife Ecology at the University of Wisconsin-Madison, exposed fathead minnows (Pimephales promelas) to concentrations of fluridone that would be found in a lake during treatment. Unlike 2,4-D, which only needs to be applied once, fluridone herbicides could require several applications to a lake to be effective over a minimum of 45 days but usually 90 days. The minnows were exposed to the chemical in the lab for 35 days and then a subsequent generation of larval minnows from the original test group was exposed for 65 days.

After 30 days of fluridone exposure, the adult male fish showed an increased number of nuptial tubercules, which can indicate endocrine disruption. Dehnert explained that some herbicides, especially when they are used at low concentrations, can mimic fish hormones. The tubercules are found near the minnows’ noses and increase or decrease in number depending on how much androgen and estrogen a fish produces. “That’s really important because it could have major impacts on reproduction,” Dehnert said.

The researchers also found that the fishes’ livers were enlarged and that their ability to catch prey decreased significantly when exposed to fluridone, which could be because it impairs their ability to move. Previous studies suggest fluridone can act as a neurotoxin.

The DNR funded the study because, as Dehnert said, “In the state of Wisconsin, everybody likes to fish. So, we’re trying to make sure we protect them as much as possible.”

Other members of the team included Angelo Cozzola and Amber White, all with UW-Madison.