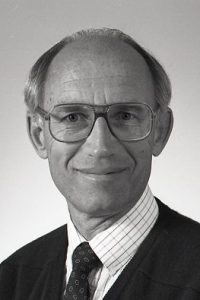 A Great Lakes champion and respected researcher, Paul Sager, passed away in late August. Sager had 20 of his research projects funded by Sea Grant. He was instrumental in the early days of the program’s history in Green Bay and establishing a foundational understanding of the bay and its influence on Lake Michigan.

Sager took emeritus status at the University of Wisconsin-Green Bay in 2000. Prior to that, he taught 13 different courses and filled numerous administrative roles on the campus for 33 years.

Longtime Sea Grant Advisory Council Member Hallett J. “Bud” Harris said, “Professor Sager’s research has been instrumental in the identification and formation of policy initiatives that have led to improvements in the overall quality of the Green Bay ecosystem.”

He is survived by his wife, daughter, son, sister and five grandchildren.